Top Pro couple Zach and Jody Gray create gorgeous fashion portraits in Nelson, Nevada during this video tutorial.  They take troubled lighting situations, such as harsh shadows placement on the model, and balance it out to capture a great shot. Throughout the shoot, Zach explains some of the settings he used in making the image, as well as introducing the use of a neutral density filter. He also discusses the process of “Feathering the Light”.

The modifier used during this photo shoot was the 🔗 with a 🔗 for softness. The 7′ Umbrella features fiberglass ribs for extreme durability, and comes in three different versions: the silver interior (featured in this video), the 🔗white interior, and the 🔗shoot-through version.  This large light modifier is great for shooting groups or settings where you need a large light coverage.  There is also a 🔗 available for these umbrellas as well. 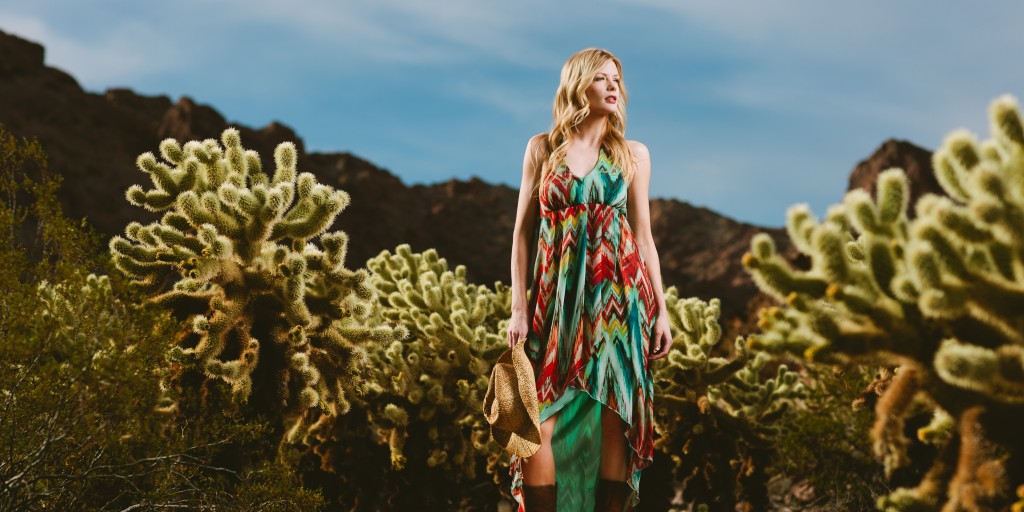