The following lighting diagram and blog is courtesy of  photographer Taryn Truese of Art Factory Studios in Paterson, New Jersey. 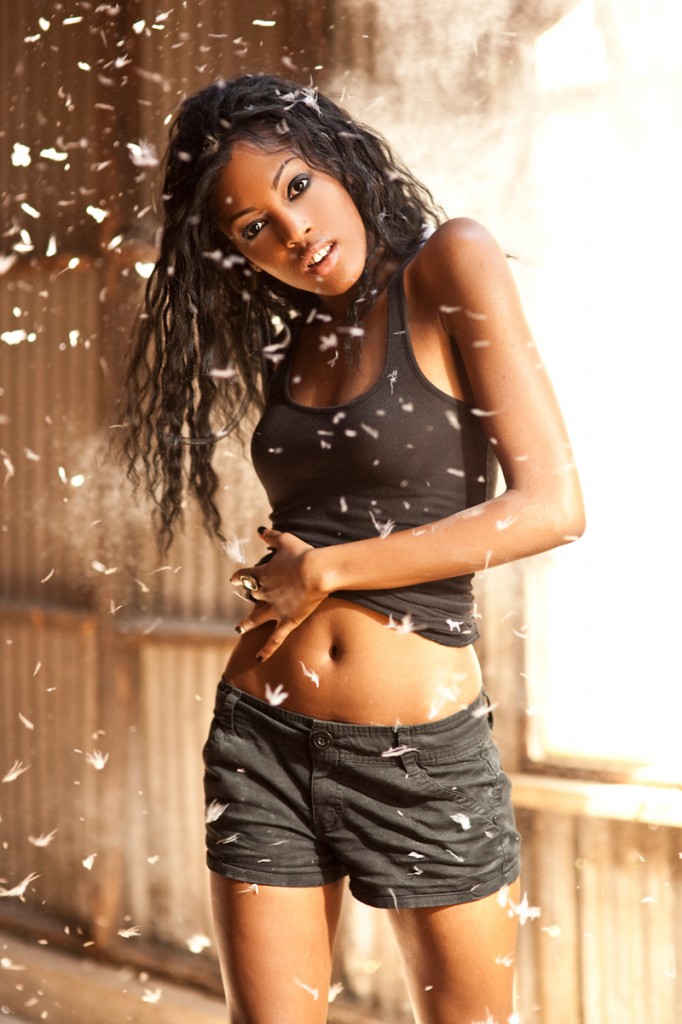 One of my favorite hobbies in photography is to “test” with new faces from agencies. I love being able to practice my skill and also contribute portraits to models with budding careers.

I had just signed up for space in a New Jersey artist community called “The Art Factory” and I wanted to get used to the lighting in different areas of the warehouse.

I knew I wanted to enhance the charm of the old warehouse by bringing out the dust particles.  I had used flour once before for an outside shoot in the woods, but it seemed to clump together too much and also attracted a deer, who stared at us throughout the entire shoot and sniffed the flour as we were leaving. I often think about that deer and hope we didn’t give it a belly ache.

So this time, I was going to use dry ice for a heavily fogged effect. However, when I Pinterest-ed “How to make dry ice” I was reluctant to follow through because I didn’t want to freeze off a hand or possibly a hole into the side of the wall that I had just recently rented.

Then, I came across an article on the internet, that stated using baby powder, without corn starch, would give a very similar effect for $2, so I was sold. (Corn starch will clump)

As an additive, I stayed up one night cutting the fluffy edges off of craft store white feathers into a plastic bowl. Using the fluff and not the steams would allow the feathers to float longer in the air and create variation to the size of the dust particles without the viewer thinking “oh look, feathers”. I thought of this because of all the cat hair my cat leaves in the air and I wanted a similar effect without shaving my cat.

I had a friend, Glenn, squeeze the 22oz baby powder bottle and gently shake the bowl to allow the feather fluff and powder into the air behind the model at my command.

Both dissipate quickly, so we did this quite a few bazillion times throughout the day. The powder also seemed to love me, just like cigarette smoke, it kept swirling towards where-ever I was standing, since of course, I am a non-smoker.

BONUS: The fog from the powder acted as a reflector and bounced some light back into the models face. 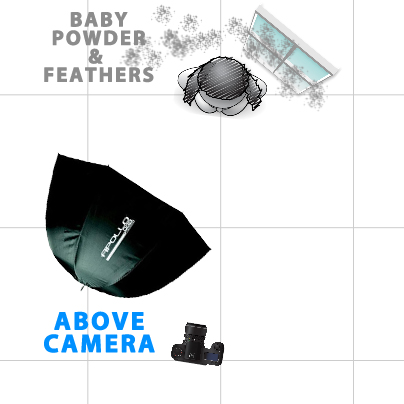 This was a big breakthrough for me for two reasons.

1.) I accidentally left my Kelvin temperature on 8100 degrees. The day before I had been testing out pushing the white balance to extremes and completely forgot what I had left it on. The orange overtone actually works great for the type of images I was creating, so I left it.

2.) I accepted that not every image has to be shot at ISO100 and a really really ridiculously fast shutter speed. This shoot was based more on matching what I wanted to present in the lighting rather than adhesive camera coordinates. Sooo, that worked out too.

Melanie, Glenn and I had a lot of fun that day, although poor Melanie had to continuously remove the feathers that had gotten stuck in her lip gloss. 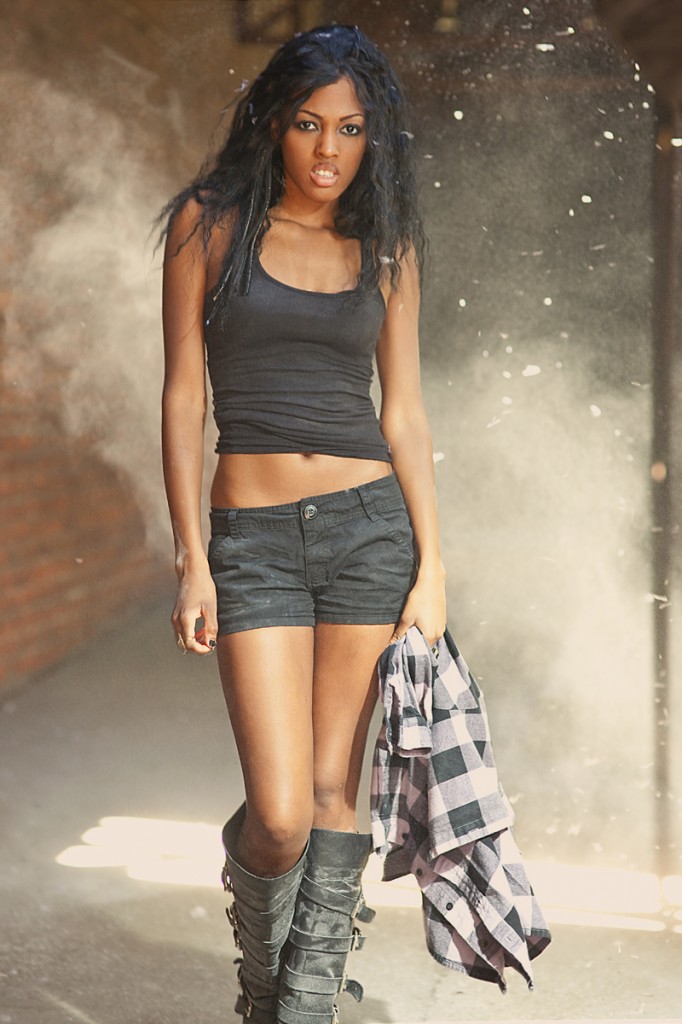 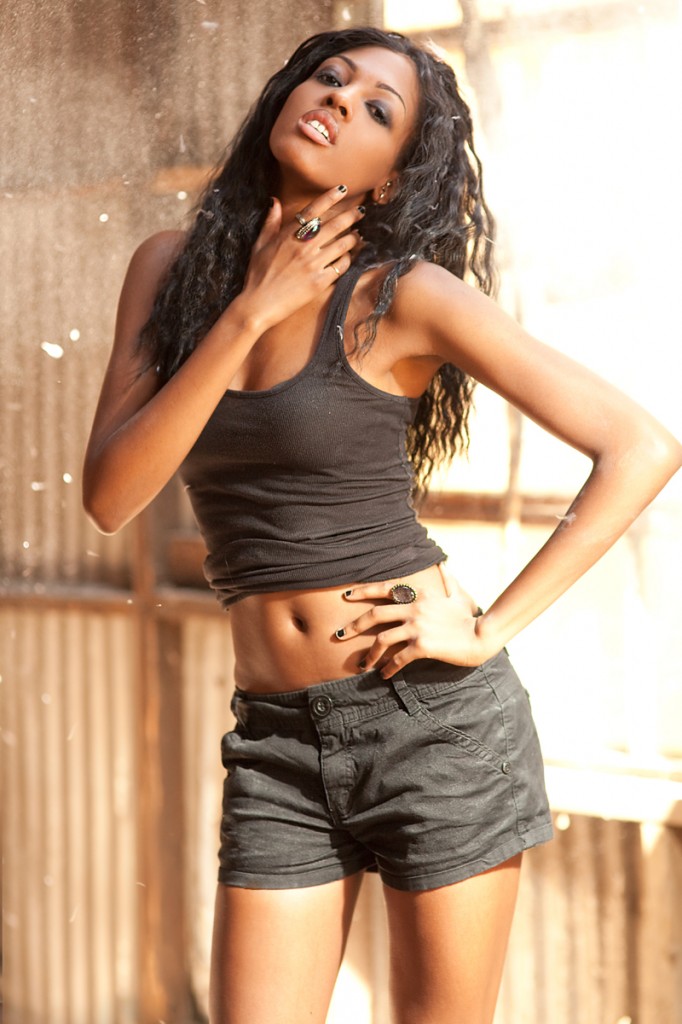 Please note: it is unsafe to use a talc-based baby powder and you should ensure that the powder you are using is both talc-free and cornstarch-free.