Evaluating the setup for your photo shoot involves a lot of technical details, including light placement and control, as well as the overall composition of the photo. In this tutorial, Westcott Top Pro Photographer Eli Infante utilizes two FJ200 strobes and the Rapid Box Switch Octa-M softbox to emphasize the colors in his surroundings.

Eli begins with his model positioned against a brick wall with bright green grass behind her. Noticing the red graffiti on the wall, he moved the model two small steps left which introduced more color and enhanced the composition of his shot. To mimic the sunlight and create a definitive hairlight, Eli added another FJ200 strobe with a snoot attached. The snoot allowed him to precisely control the light and add separation to the model’s hair from the background. 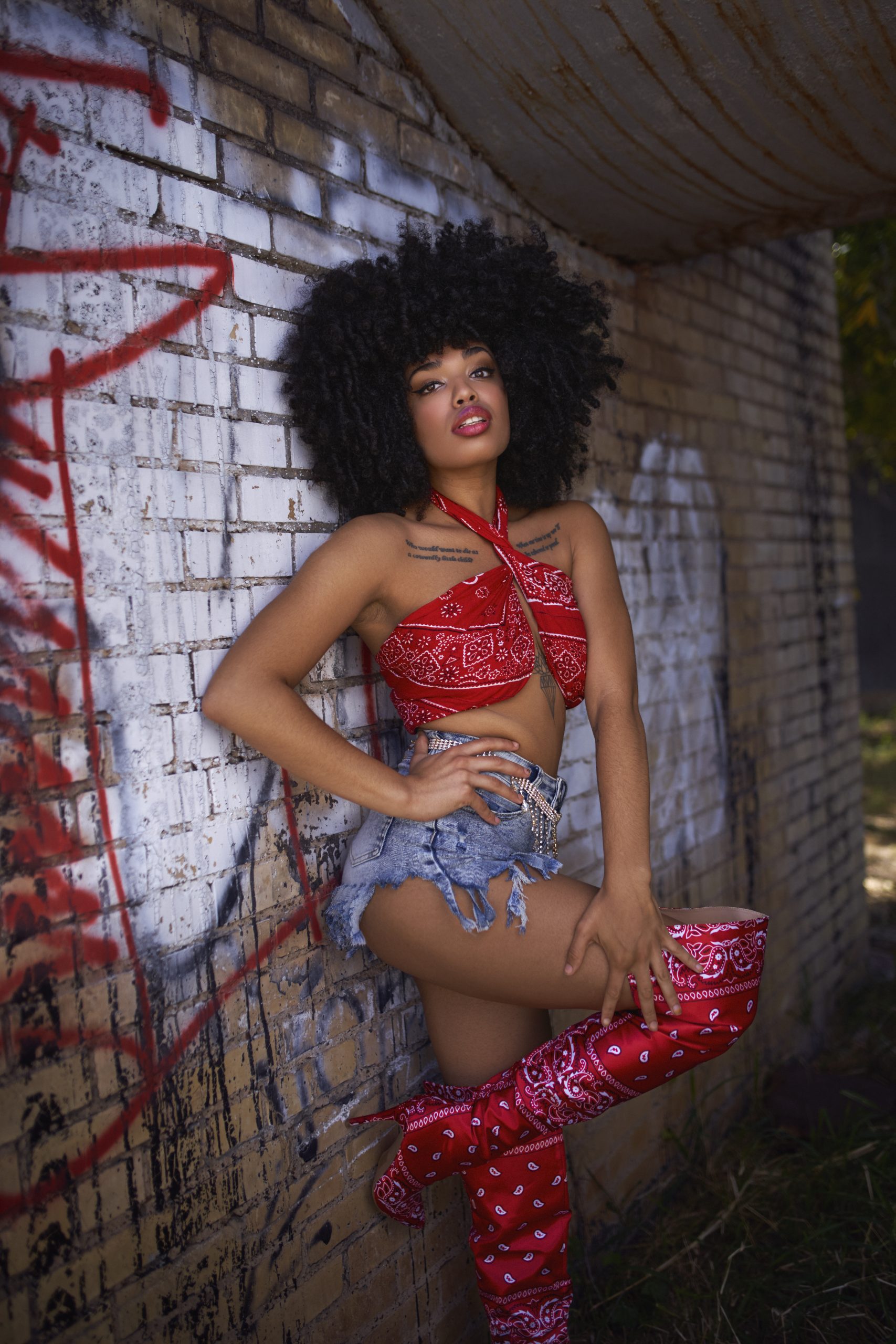 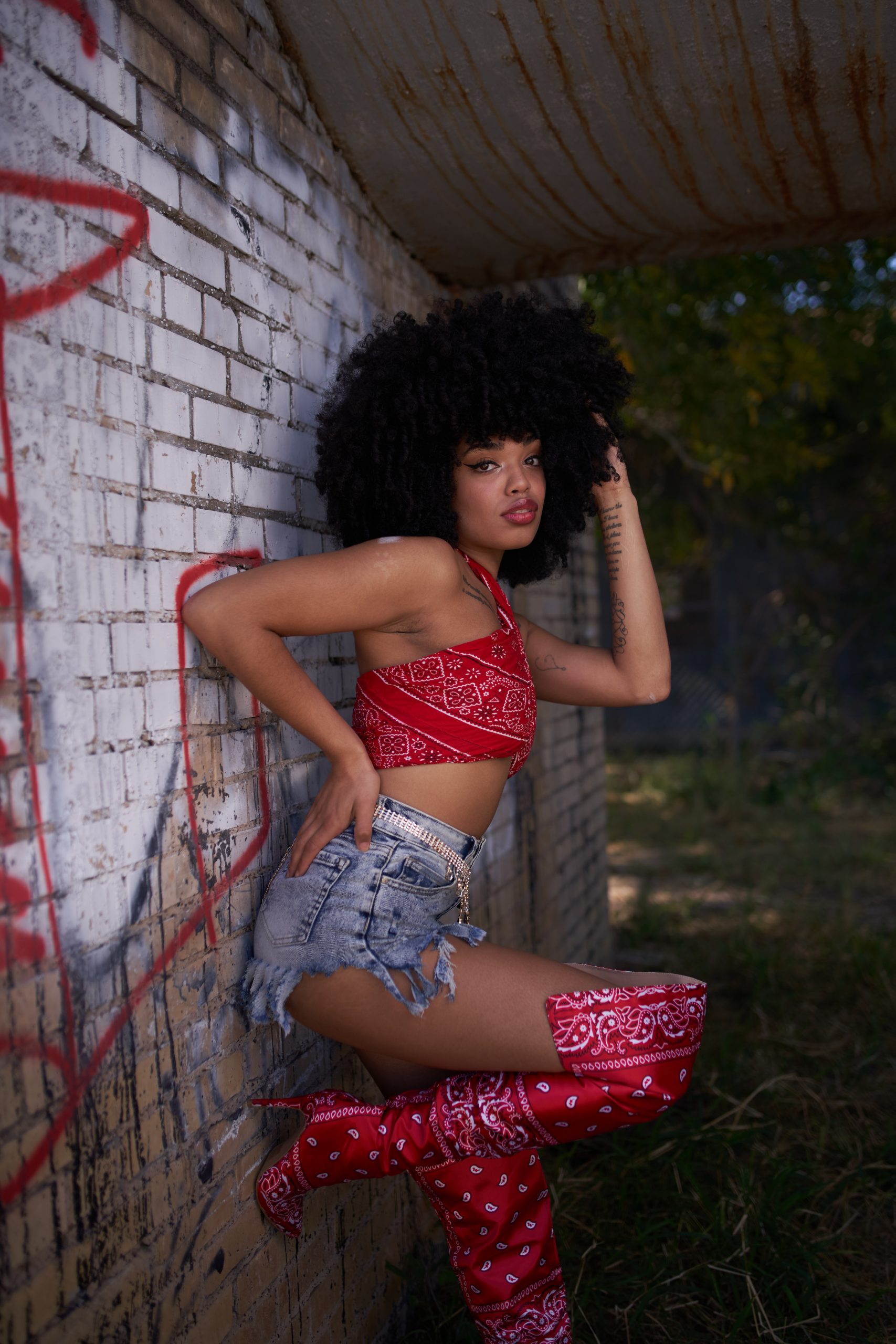 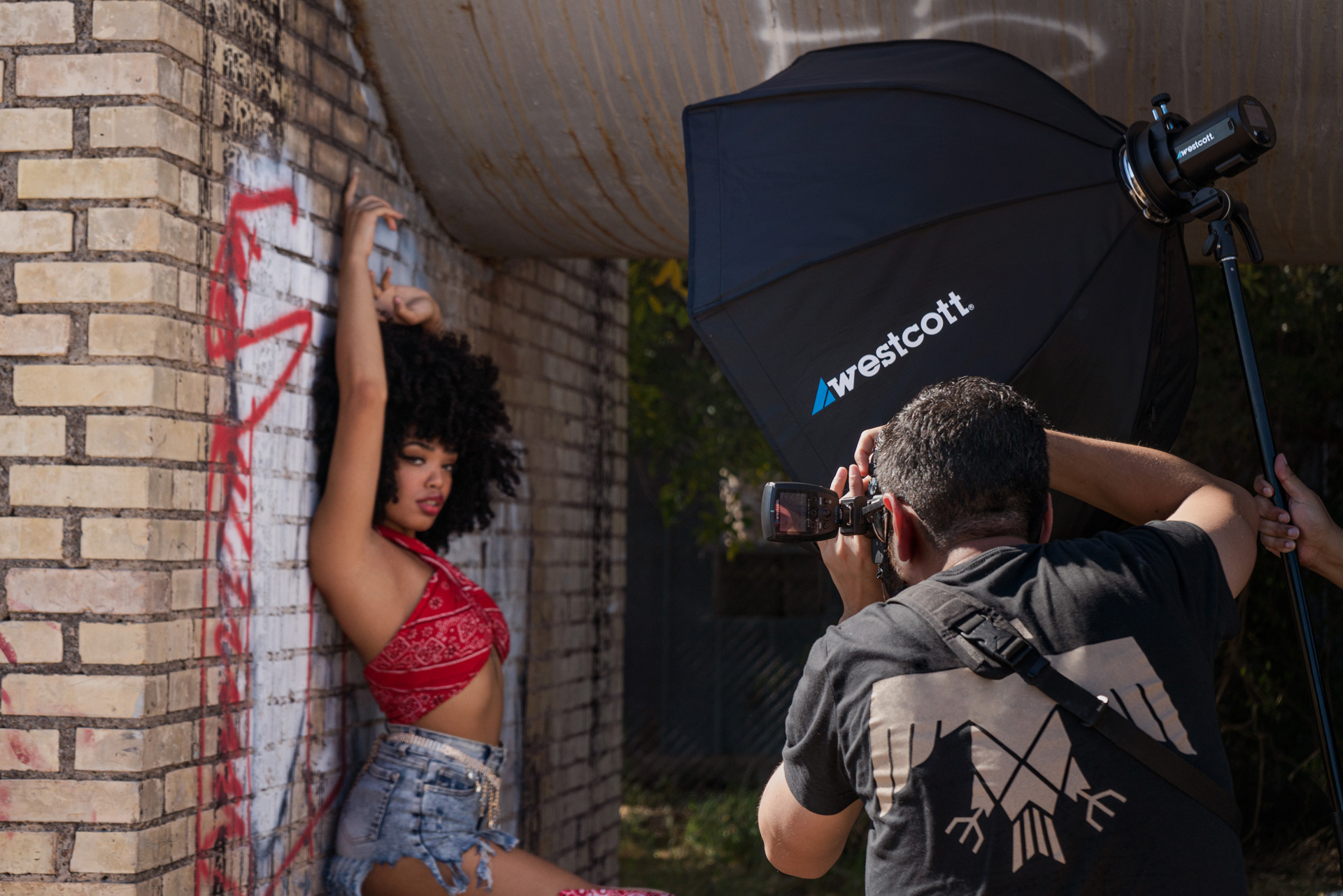 Behind the Scenes FJ200 inside Octa-M

While there are many times that you’ll want to adjust the position of your model’s pose, there is also value in adjusting your position as well. Wanting to pull in more blue from the sky and green from the tree in his background, Eli crouched down on the ground to create an angle that would capture these colors better. With the model’s face in the top third of the frame, Eli used the FJ200 as a hair light to add separation while emphasizing the colors in his surroundings to improve his original capture. 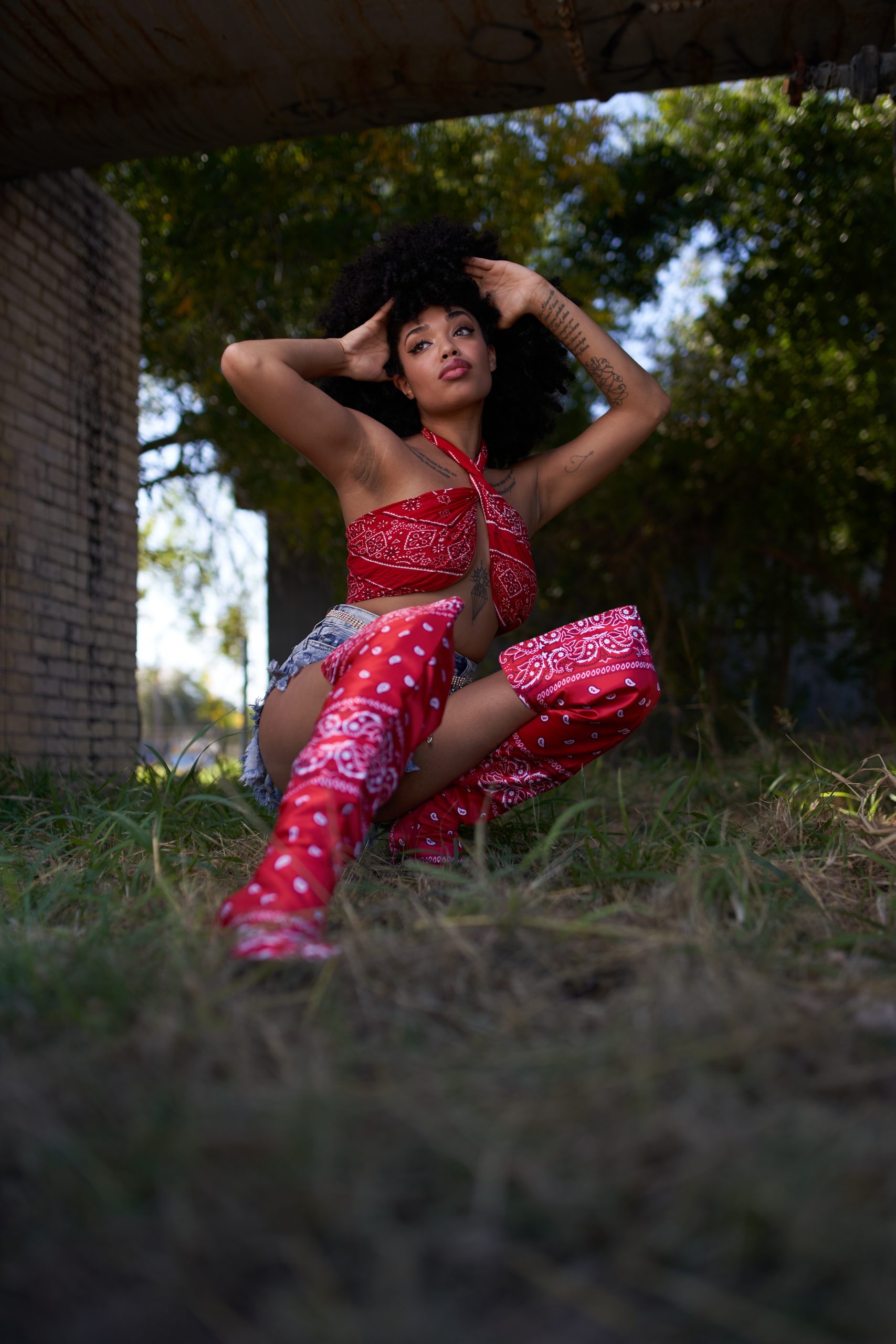 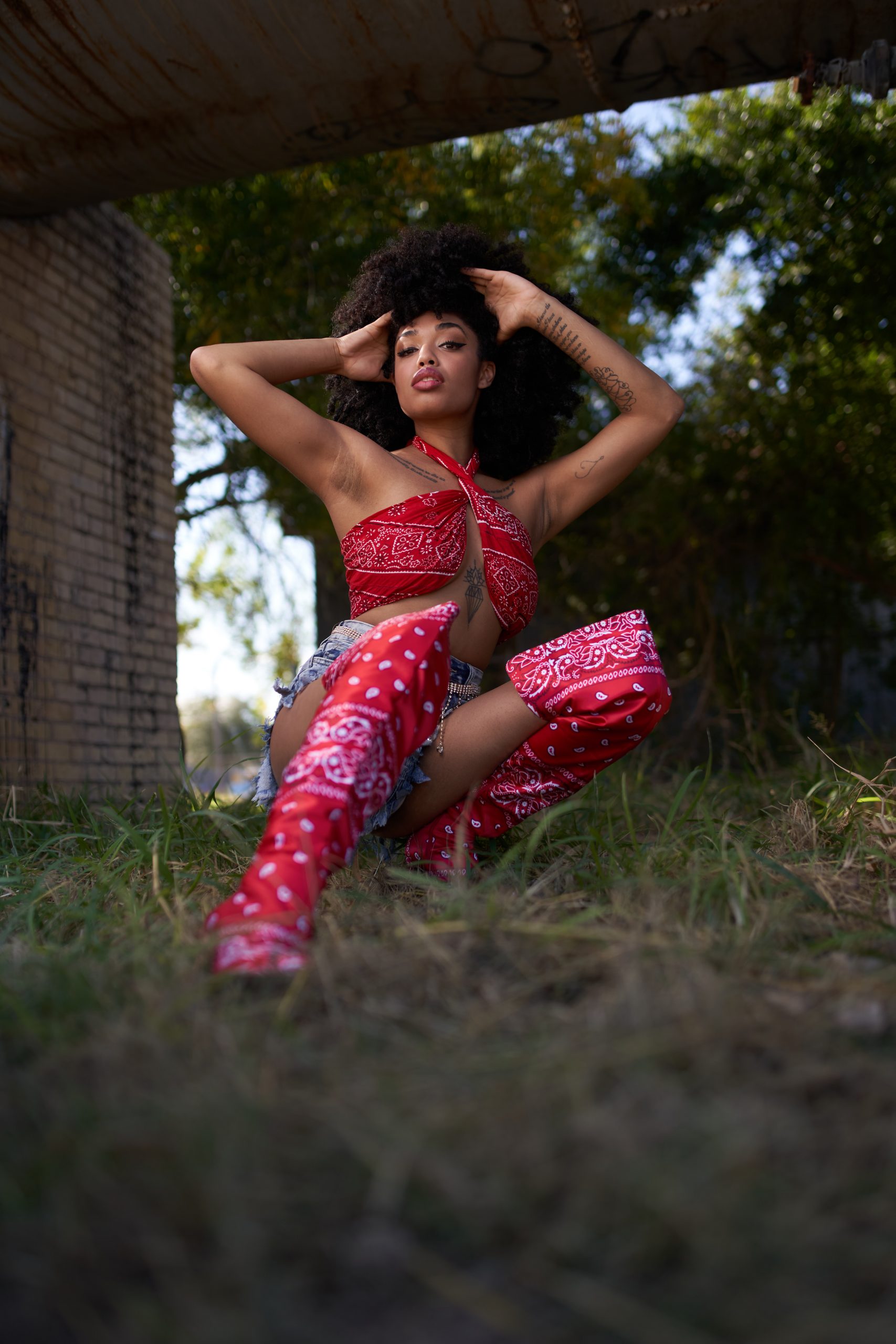 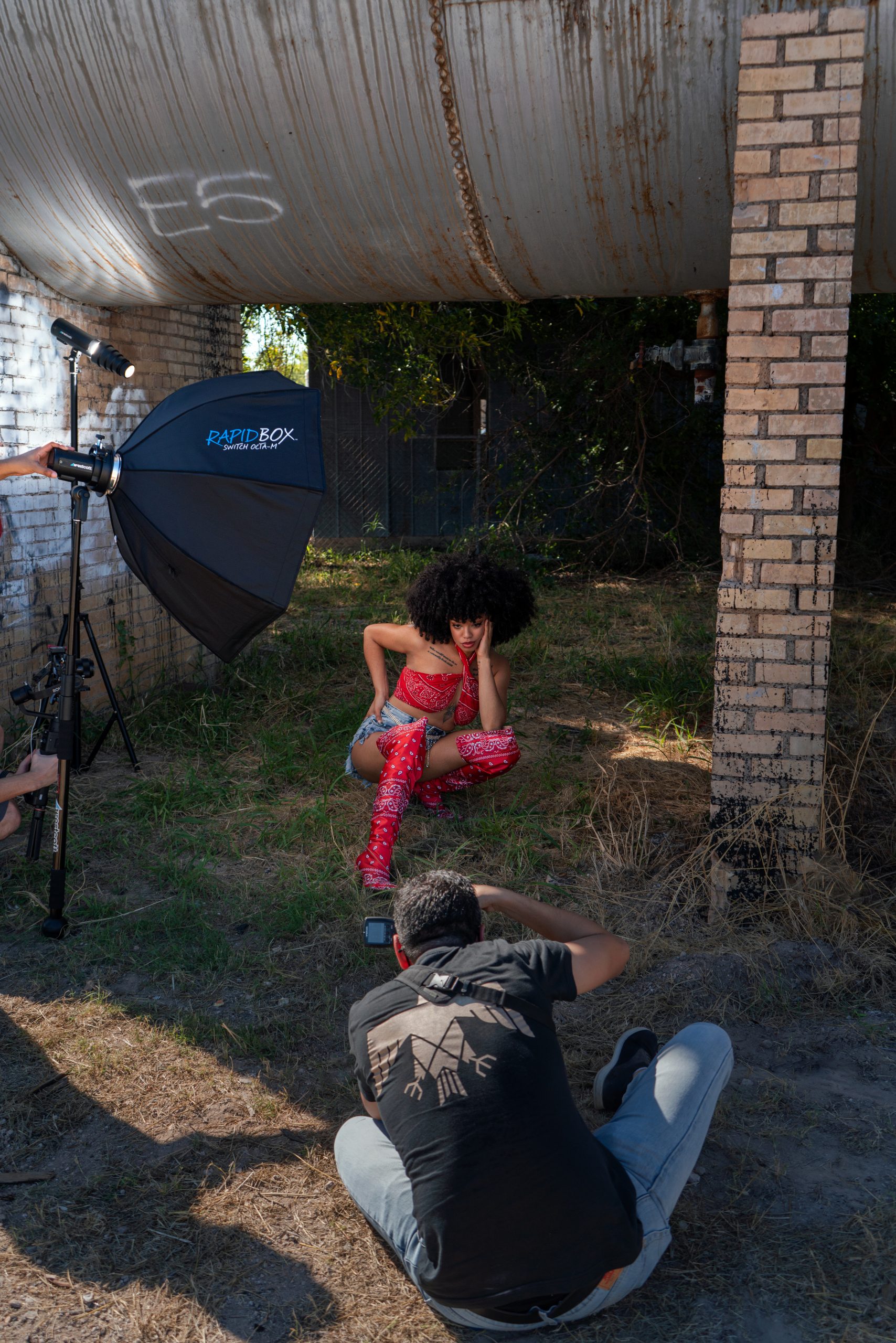 Behind the scenes FJ200 inside Octa-M and FJ200 with Snoot

Enjoy watching Eli use the FJ200 outdoors? Check out how he created HSS portraits in full sun. 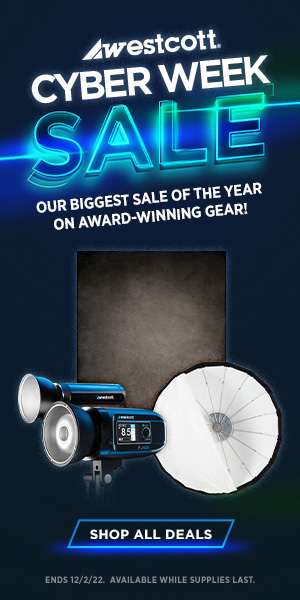