This review of the Westcott Apollo is courtesy of portrait photographer Sid Ceaser of Ceaser Photography in Nashua, New Hampshire. 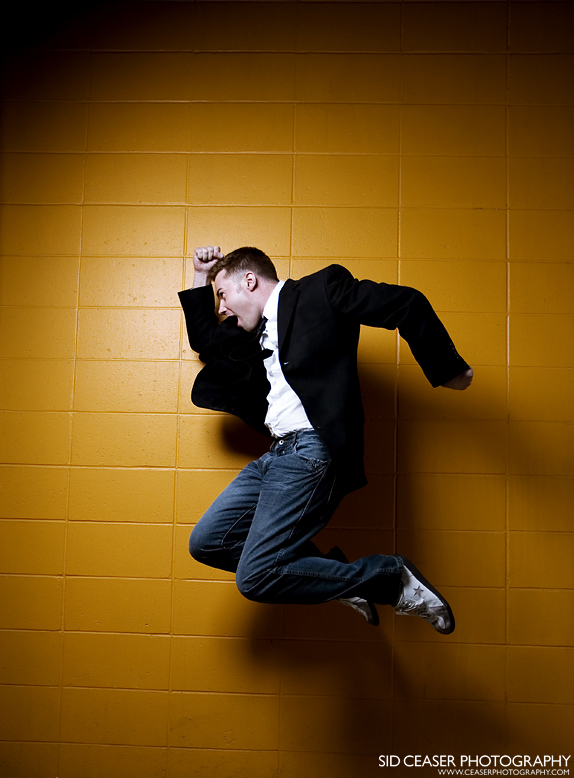 The Apollo, for those who have never seen one, is a softbox lighting modifier for your off-camera strobes.  They come in two sizes: a 28″, which is great for 1 or 2 subjects, and the 50″, which is a gigantic, soft, window-light quality sofbox.  I use them on a majority of my shoots because I like the quality, control and ease of setup with them.  I cherish them because they work with both my studio strobes as well as all my speedlights for my location work.  And I absolutely LOVE them because unlike traditional softboxes that require speedrings, the Apollo’s open and close just like an umbrella.

The softbox has an umbrella shaft inside it.  You simply put the shaft in the corresponding umbrella adjustment and push it open until it clicks, just like an umbrella.  The front of the Apollo’s have velcro, so that you can open the whole front and access the lights inside.  With the above example image, I have an Alien Bee studio strobe inside the Apollo.  The umbrella shaft of the Apollo slides into the umbrella holder on the light, and the strobe itself is contained within the insides of the Apollo.  Notice that I have the light facing backwards.  The inside of the Apollo has a silver reflective material inside it.  By shooting the light to the back, the light bounces around inside and gives you a more even coverage from the front.  If I turned the light around, the light would have a harsh hot-spot on the front, which is something I don’t desire.  By shooting it to the rear, the light becomes more even.

I’m showing four flashes in these: The Vivitar 285, the Nikon SB-24, the Canon 580ex and the Sunpak 120j. The first two are using a cold shoe attached to the metal spigot on the adapter. The 580 is sitting on a hot shoe cord attached by the metal spigot. The 120j is just attached by the metal spigot. All of these flashes are in the top quadrant of the softbox. This doesn’t cause any lighting issues. Because the light is facing the rear and bouncing around inside, it fills up more evenly from top to bottom. The 120j is just about touching the roof of the softbox, but that is because I Frankensteined the strobe a bit and it has extra vertical height after having to glue/tape some wood to the flash frame. 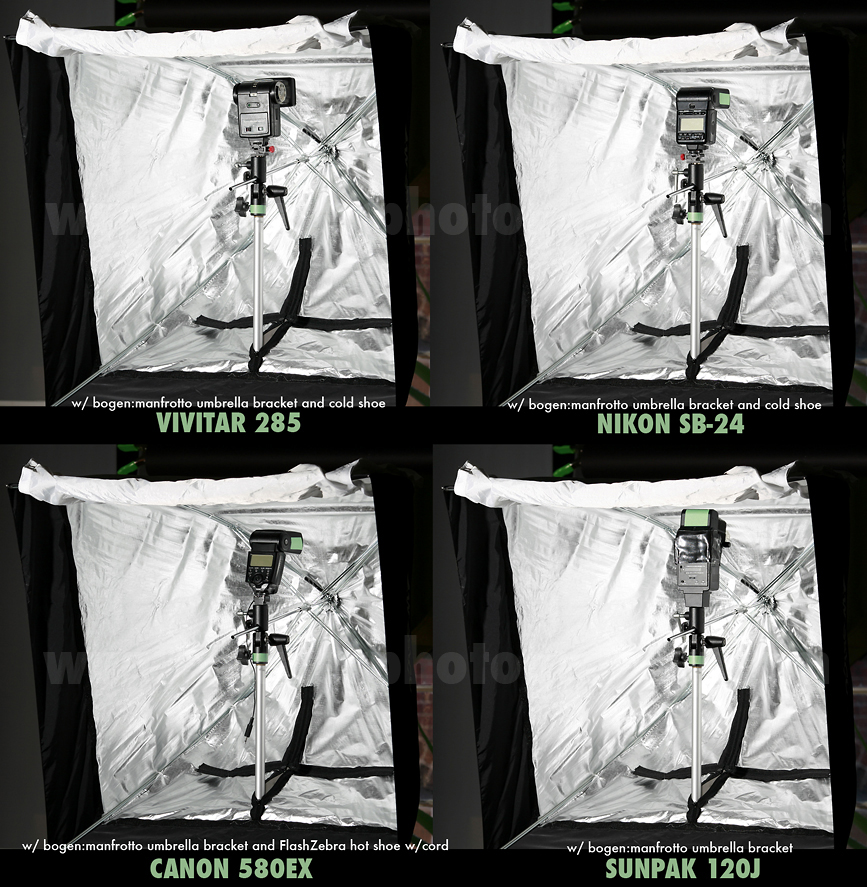 This second image shows the Nikon SB-24 and the Vivitar 285 on the umbrella bracket that comes with the Apollo Speedlight Kit.  This bracket is smaller and lets the flashes sit a tiny bit lower. This umbrella adapter does not work with something like the 580ex, which needs some sort of hotshoe to trigger it.

The 50″ Apollo is just like its smaller brother, but is simply a massive light diffuser.  This giant softbox can be used with studio lights or with small speed lights as well. The 28″ Apollo is the first light diffuser I grab for all my jobs.  I love that it has baffles along the edges to control spill.  It is perfect for shooting 1 or 2 people, and its very light. 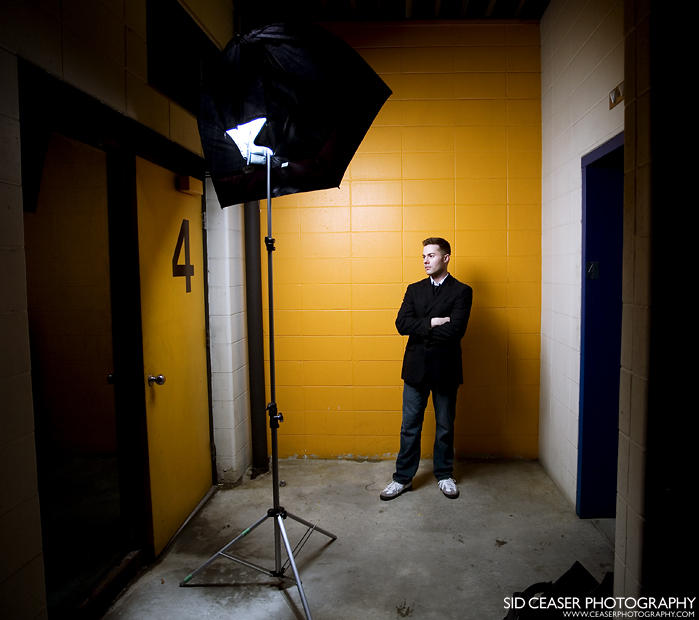