True parabolic modifiers reflect light from a single point into parallel or collimated beams of light. The question is how this impacts the quality of light in a larger modifier.

I had an opportunity to test the Westcott Zeppelin Deep Parabolic Softbox (47") modifier. I wanted to compare it with a more traditional 5’ octabank that I have been using for years. I created a test situation that would compare each modifier with an identical subject in a side-by-side comparison.

Both modifiers have internal silver coatings, one internal diffuser, and one front diffusion panel. The test involved photographing a model with each of the levels of diffusion. Both modifiers had the light source coming through the back of the modifier facing the subject.

The results from the test demonstrated that the Zeppelin Deep Parabolic Softbox (47") is significantly different than the traditional modifier. Here are my observations. 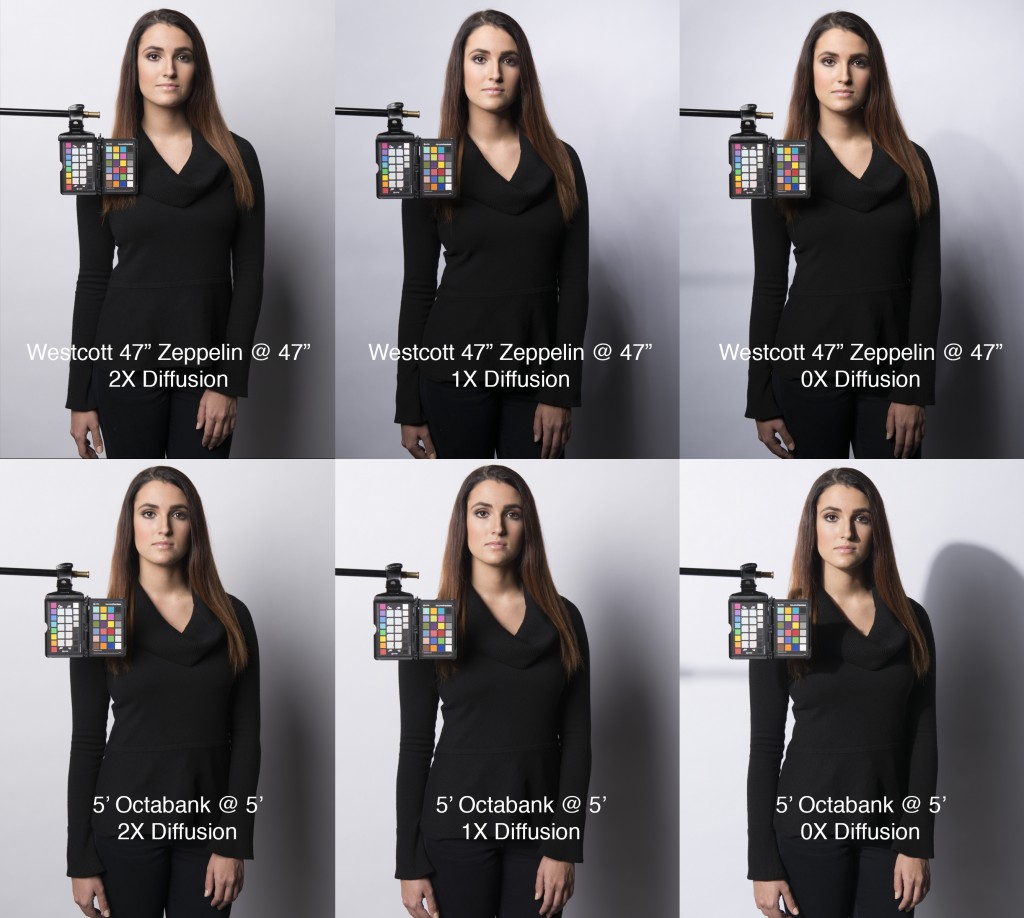 • Note how, with the Zeppelin, the shadows stay relatively consistent and soft throughout the range of diffusions. The octabank’s shadows become increasingly harder and more contrasty with each lesser level of diffusion. The response of the octabank is more consistent with normal expectations when decreasing levels of diffusion on silver modifiers. The Zeppelin’s parabolic shape definitely impacts the softness of the shadow and contrast in the images.
• By nature, most softboxes and octabanks are designed to produce even light on the subject. This is apparent in all the levels of diffusion with the Pro Signature Octabank (5'). In comparison, the Zeppelin produces a moderate level of focused light with 2x diffusion . It progresses to a more noticeable circular beam of soft light in the lesser levels of diffusion. This is most apparent with the level of illumination on the hands. So, the octabank produces an even illumination while the Zeppelin consistently produces a focused beam of light. 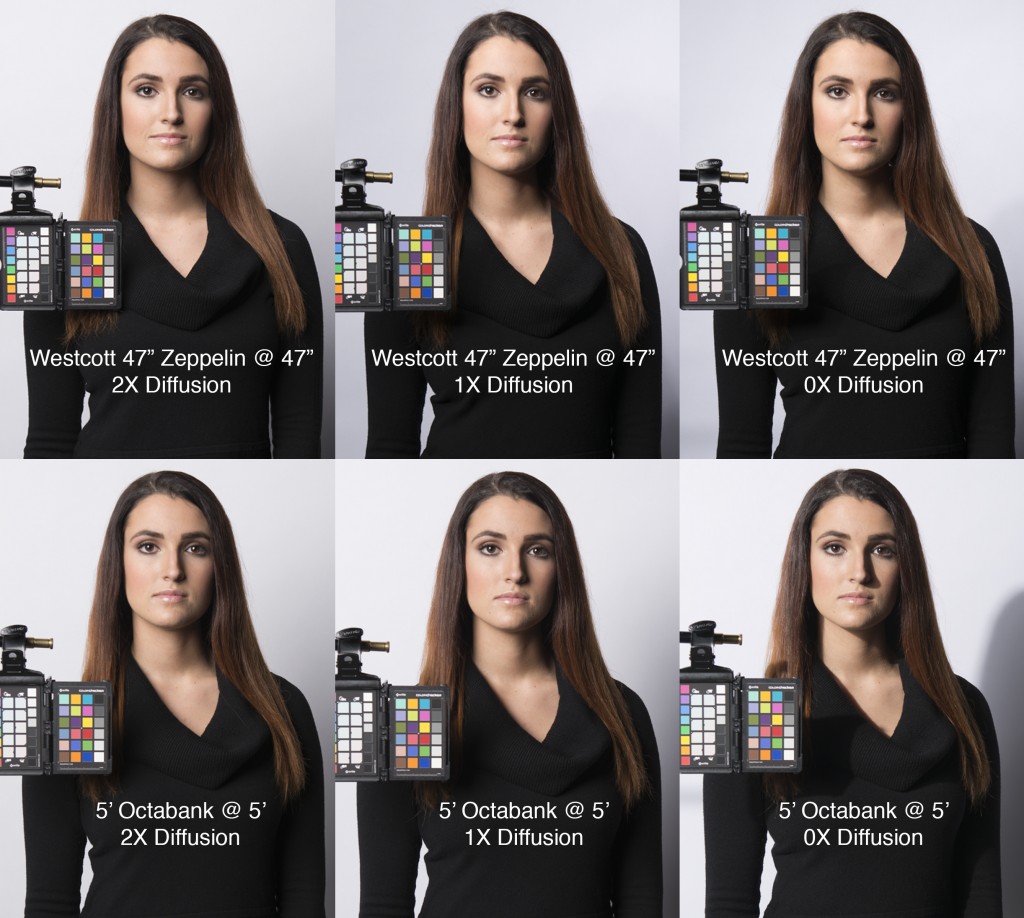 • At 2x diffusion, both the Zeppelin Deep Parabolic Softbox (47") and Pro Signature Octabank (5') produce light with pleasant skin contrast and specularity. However, it is clear that the octabank increases in contrast and specularity with lesser levels of diffusion. The model’s skin appears significantly shinier with dramatic skin color changes. The Zeppelin produces a pleasing skin tone through all levels of diffusion.

• Although not as apparent in the illustrations, I would characterize the light from the Zeppelin with 2x diffusion as crisper. The light from the octabank with 2x diffusion is flatter or muddier when looking only at the skin tones. This is truly a personal preference for a photographer. Based on my experience, current trends seem to be moving towards a punchier light without sacrificing softness or contrast. The Zeppelin seems to do this at all levels of diffusion. 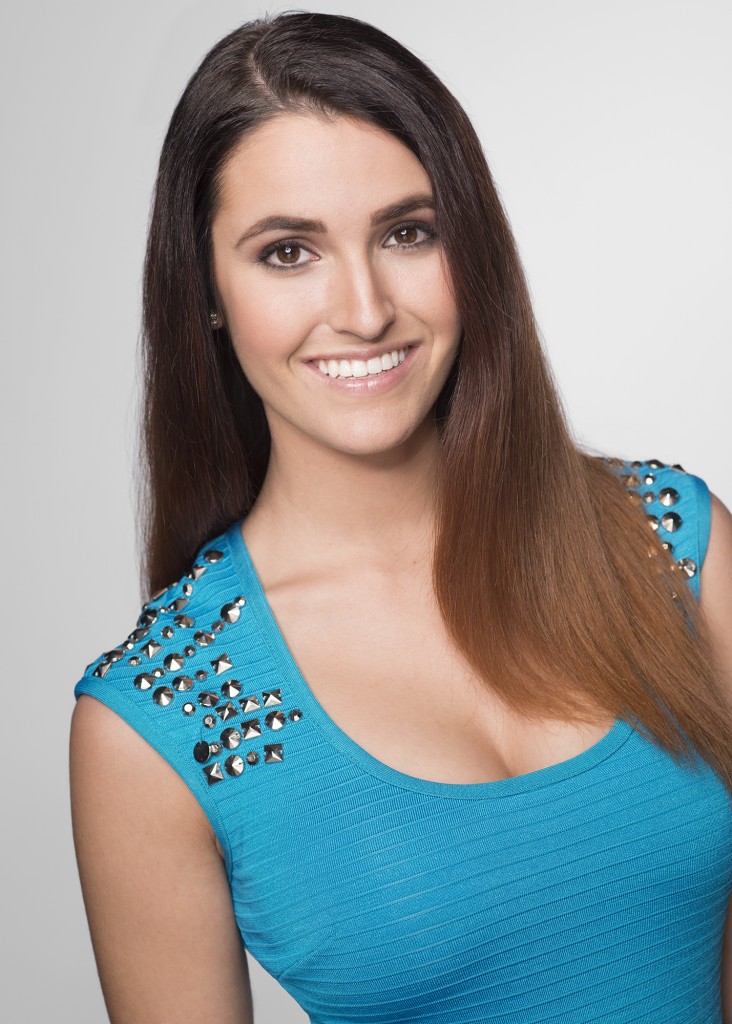 5′ Octabank with 1-Stop of Diffusion 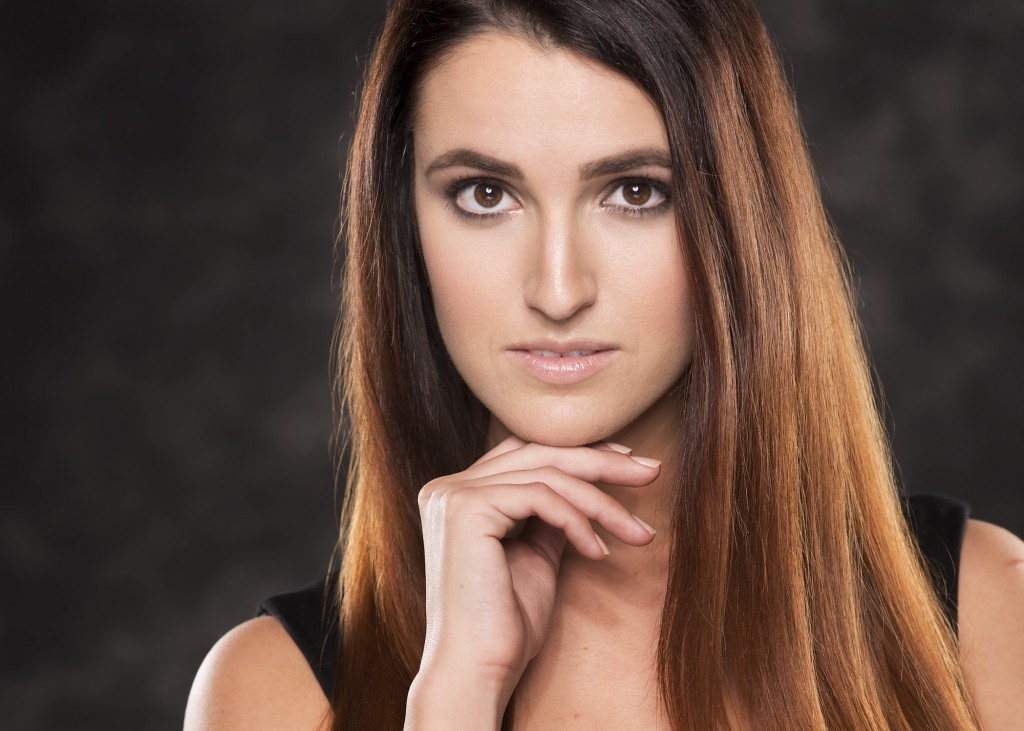 Both images above were captured with traditional lighting set ups. The 5’ octabank has been a staple of my studio for many years. In comparison, I find the crispness and versatility of the Zeppelin new and exciting. Its skin tonality, specularity, and flexibility make it a worthy addition for both commercial and traditional portrait studios.

Photographer, educator, and author, Tim Meyer is passionate about the field of photography. Throughout his more than 30 years as a professional photographer, Tim’s photography has been internationally recognized for its innovative style and technique. He possesses the Professional Photographers of America’s coveted Masters and Craftsman degrees and holds a Master of Fine Arts degree.

He currently serves as the Lead Portrait Instructor at Brooks Institute in Ventura, California, while maintaining a commission-based portrait and wedding business and lecturing internationally. His writings on photography and art have been widely published.