Some people use umbrellas all the time. Reflective, shoot through, they just love the spill and shape of the light that comes out of them. For me, I like the control I get out of softboxes, strip lights, and octabanks. The light goes where I want it to go, not just everywhere. 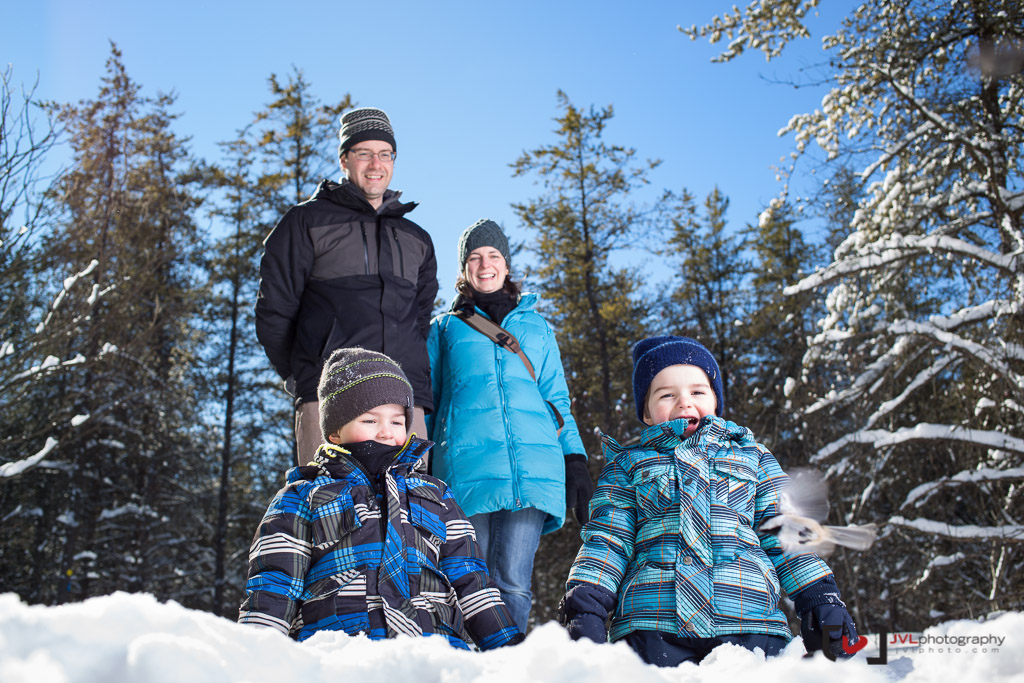 There’s no denying umbrellas have their uses, and they aren’t particularly expensive either. Which is why two of my first light modifiers ever were a couple of Westcott's 43. They’re still in my kit, I just don’t use them much.

When I saw Westcott’s 7′ (that’s FOOT) umbrella I was definitely intrigued. Sure, that’s 7 feet of light-grenade spilling light that’ll go everywhere, but I couldn’t resist the value in getting a $100 7 foot light modifier. Anything that size in an octa bank was going to cost me closer to a grand. No-brainer; Buy it first and find a use for it later.

To me, the Standard Umbrella - White Diffusion (7') has dual use. I can use it as a very light and portable scrim, one I can bring out with me on any shoot and create a soft shadow over my subjects where they may be in direct light. Or I can use it as the shoot-through umbrella. Taking my strobes and pushing the light into it.

When a local family newspaper contacted me to cover a family of four, mid-day, in the winter it was clear that this was going to be the right tool for the job.

Aside from all my winter gear to keep me warm, and snow-shoes in case I needed to hike out a bit farther carrying my kit, I packed the 7′ umbrella, a 3×6′ silver reflector, my Elinchrom Ranger Quadra with an S (standard) head, and – this is important – my Pocket Wizard MiniTT1 & FlexTT5. 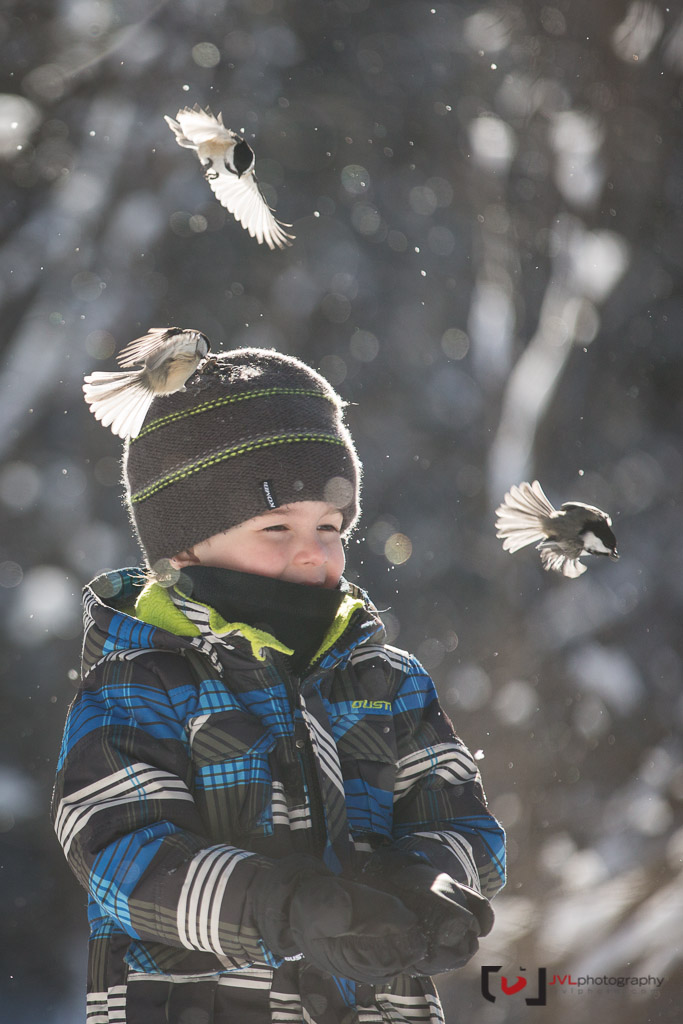 We tried shooting with just the reflector for a bit, and while it created a nice natural fill on the subjects and allowed me to shoot at whatever shutter speed I wanted, I tend to prefer a lot more pop and contrast to my images. That pop was literally going to come from my Quadra in the Westcott 7′ umbrella. One trick that the Pocket Wizards MiniTT1 & FlexTT5’s have that no other trigger method can get me is called “hypersync offset” which effectively increases the shutter sync speeds at which I can shoot with flash on my 5DMKIII. For my Quadra setup that means I can get up to 1/400th of a second without any black banding at the bottom or top of my frame (without hypersync I’d be limited to 1/200th of a second, at most). 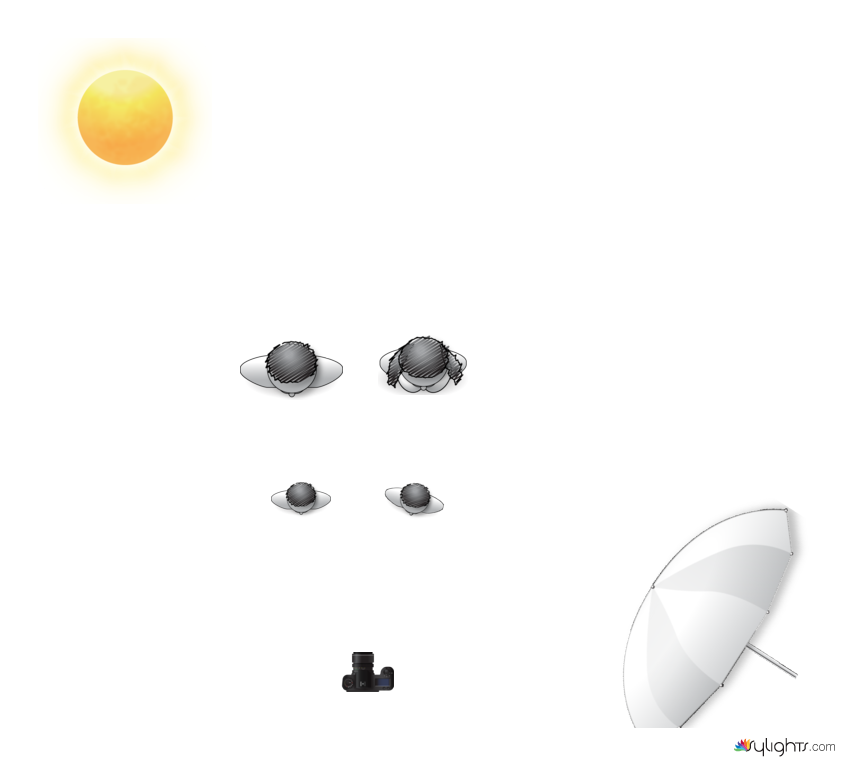 My goal was to achieve a balance between a relatively shallow depth of field, a blue sky, and well exposed subjects. For this my settings were 1/320th of a second, f5, ISO 50. The umbrella’s job was to bomb that light all over my subjects. I directed my subjects so that the sun acted as a rim light behind and to camera left of them. Then the Umbrella was setup at camera right. Because of the reflective nature of the snow, I got plenty of fill and bounce from that to help bring up the exposure all around. Indoors I’d be concerned about the light spill, being able to control and contain it for dramatic effect. But in this setting, light was naturally coming from everywhere, so why not from me too? 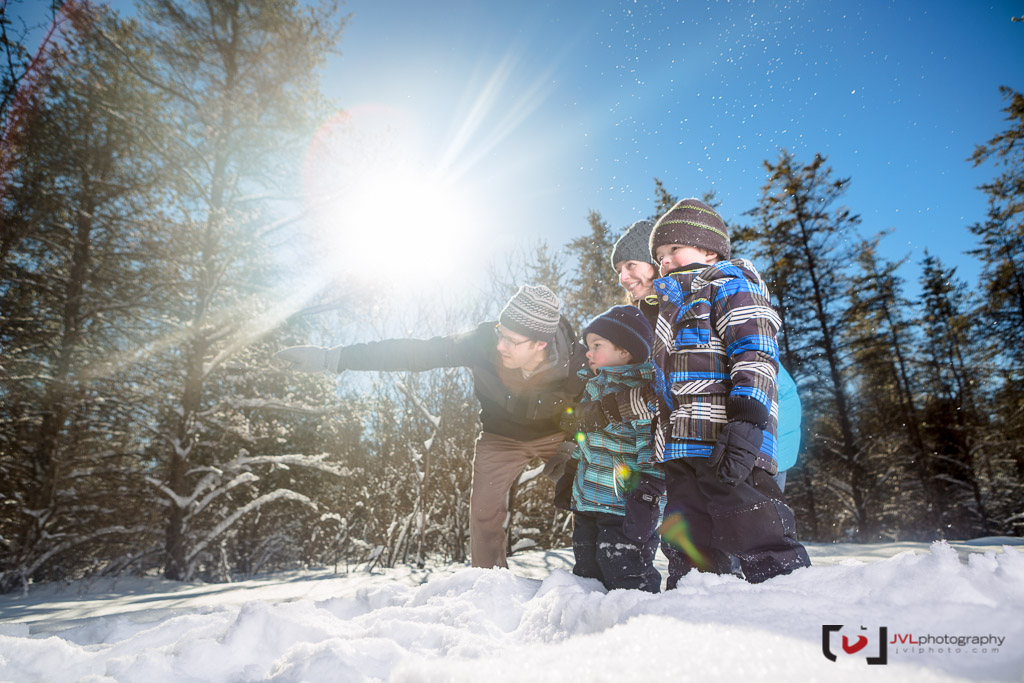 While umbrella’s lack the fine control of softboxes, sometimes, that’s exactly the kind of lighting scenario you find yourself in. Westcott’s Standard Umbrella - White Diffusion (7') a is light, inexpensive, and a valuable asset to your lighting kit.