Joel Grimes is renowned for creating clean and dramatic portraits. In this video, Joel demonstrates his two favorite dramatic portrait setups. These are both created with a strobe that is softened and directed with a Collapsible Beauty Dish.

For his first setup, Joel directs his light from above his model, Vincent. The beauty dish’s white interior allows Joel to create a soft neutral output, while’s it’s deep compact design efficiently controls light falloff. By concentrating the light fall to only Vincent and a small area of the background behind him, Joel is able to create a gray spot to help separate his subject from the background. 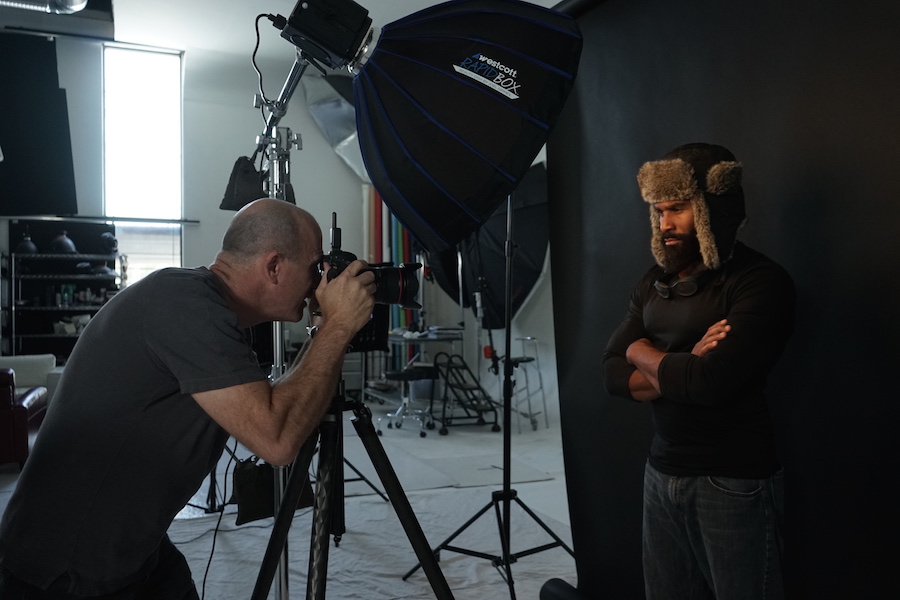 With the light placed center and above Vincent, Joel creates a flattering butterfly lighting pattern. He uses a versatile 24-70mm lens with his Canon 5DSR, and uses it set between 24 and 28mm. This wide angle creates the illusion that his subject is larger and more dramatic.

For dramatic portraits, Joel keeps his settings very close to ISO 100, f7.1, and 1/200. After checking his exposure, Joel adjusts the height of his light and the output of his strobe as opposed to his camera settings. 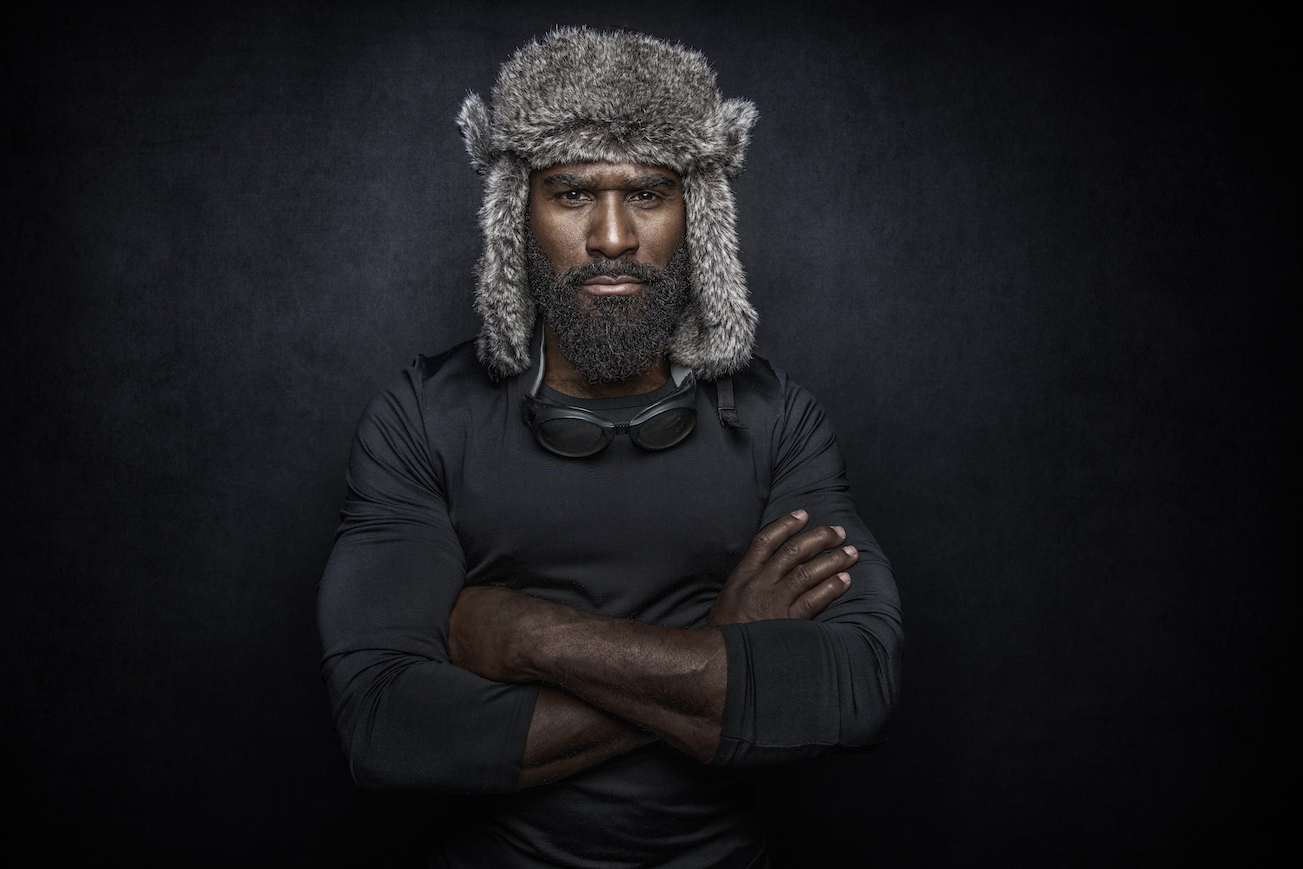 For his second setup, Joel wants to create an even more dramatic look. He switches Vincent’s wardrobe to an all black suit, which could easily blend in his black background. To add dimension, Joel adds two more strobes modified by 12″ x 36″ stripbanks with egg-crate grids. These narrow light sources allow Joel to precisely direct light onto his subject.

To maintain the edginess of his rim lights while still illuminating Vincent’s face, Joel sets his main light (the Collapsible Beauty Dish) at a lower power output than the 2 edge lights. 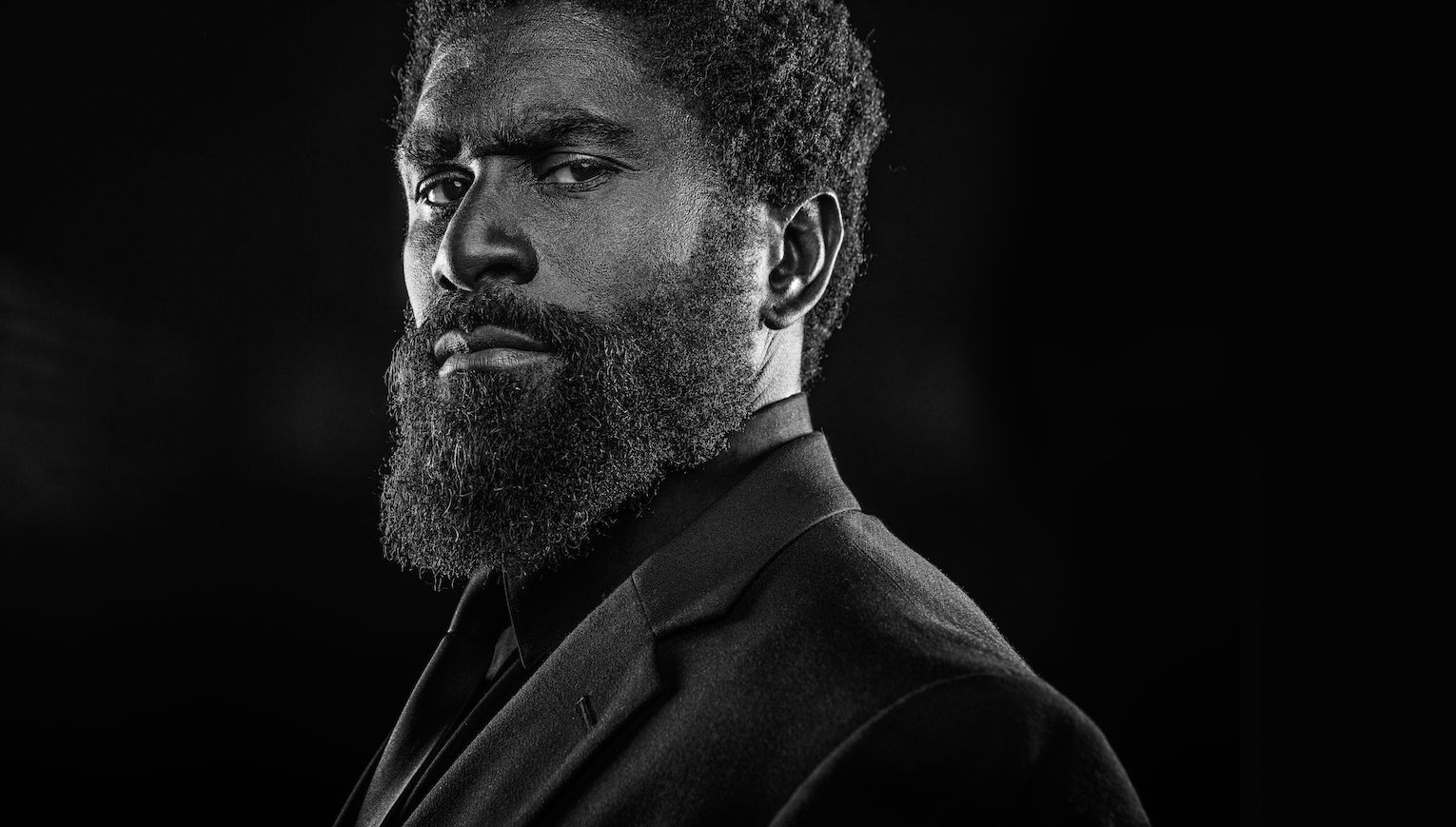 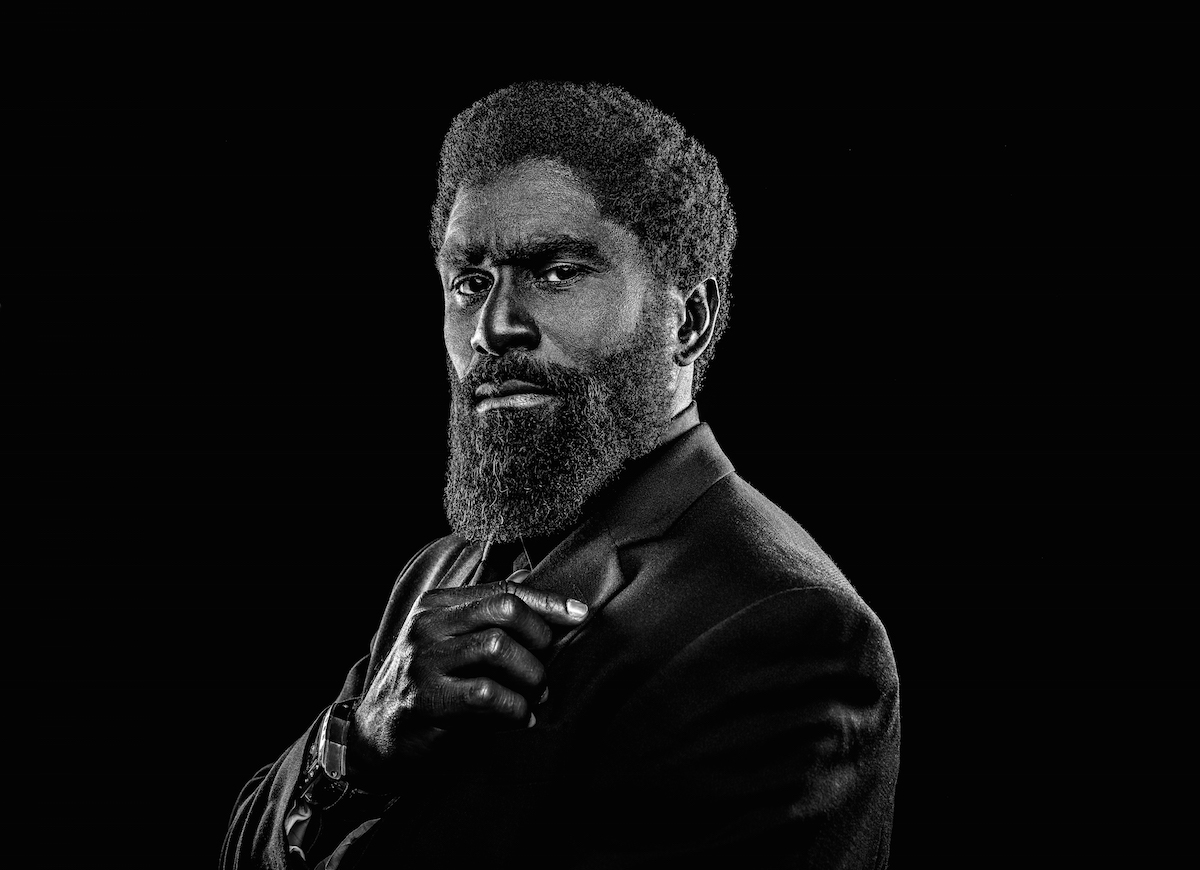