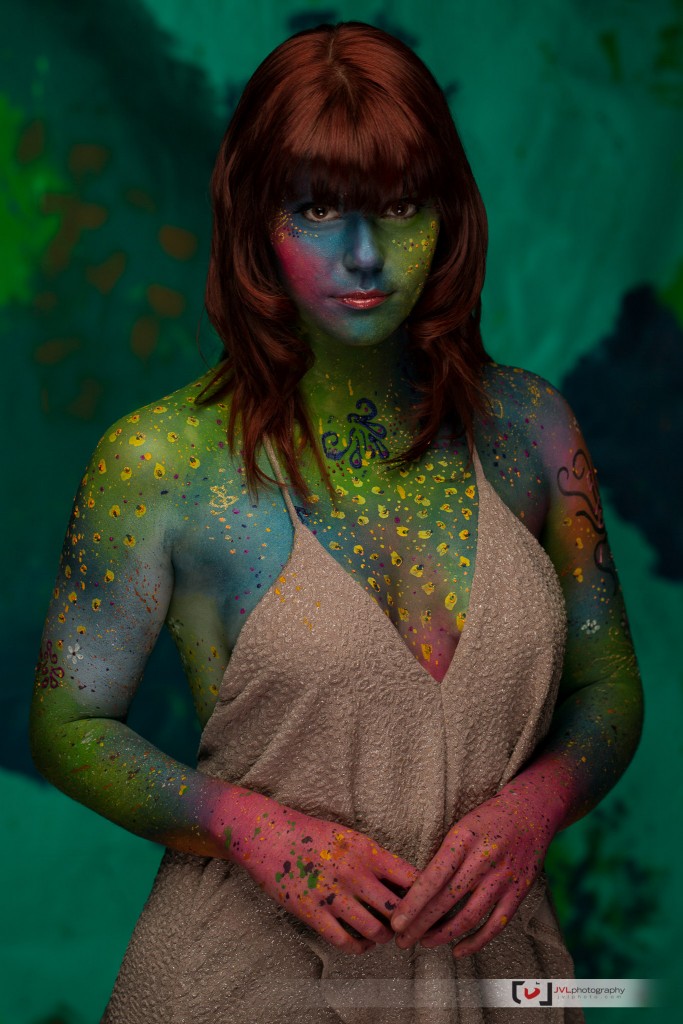 It’s a documented fact that I’m a big fan of the 26” Rapidbox, so when I realized they had released a larger version that took two speedlights I had to have it.

The advantages to having two speedlights in the Rapid Box are pretty simple: you have the potential for twice the power (one full stop of light), or the option of a faster-recycle time at lower settings. 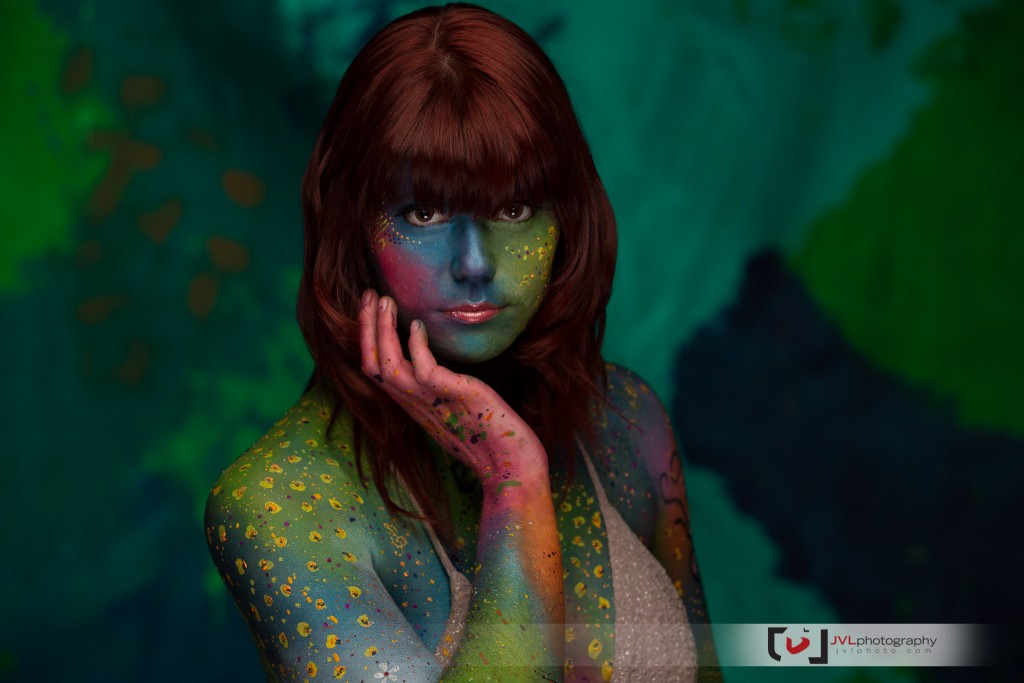 For this shoot with Danielle, a singer/songwriter who needed album artwork, I have multiple-light setups ready to go. Using my speedlights is a quick and versatile option, especially for tighter
headshots. 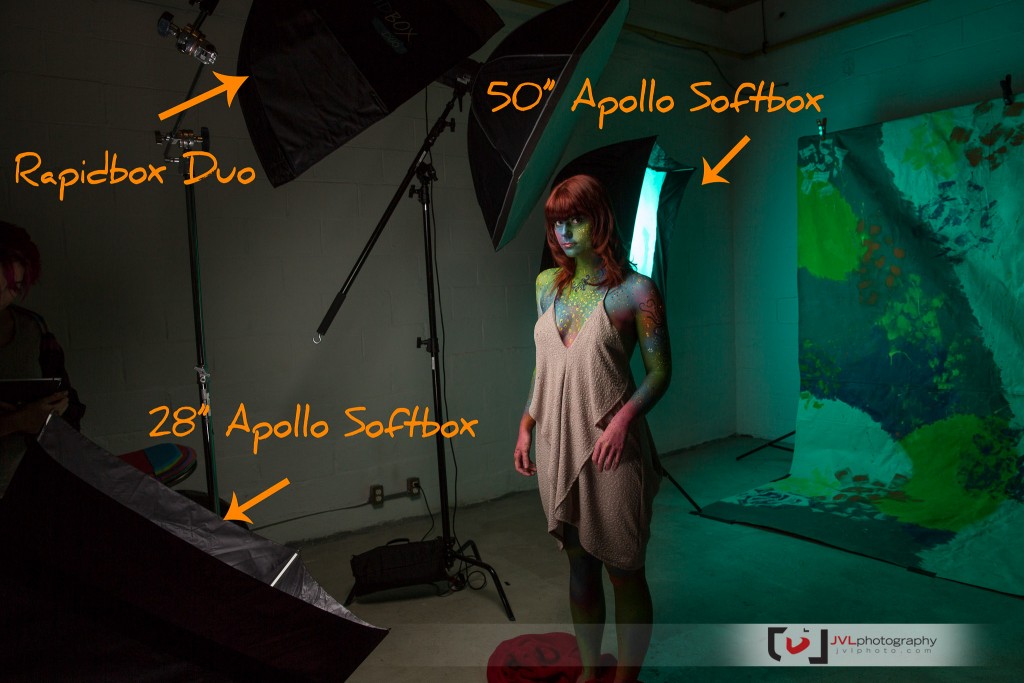 The setup was relatively simple. We used the Rapid Box Duo above and angled downward as a sort of beauty dish (with the deflector plate inside and the diffuser attached), the two speedlights acting as one and both set to Group A. We set up a 28” Apollo softbox as an up and fill-light to take out the shadows created by the main setting that speedlight to Group B. And to light the large background we gel’d a single speedlight and put it inside a 50” Apollo softbox as Group C. With Canon’s 600EX-RT system, I was able to control all three lights independently with the ST-E3-RT transmitter, changing the look as needed. 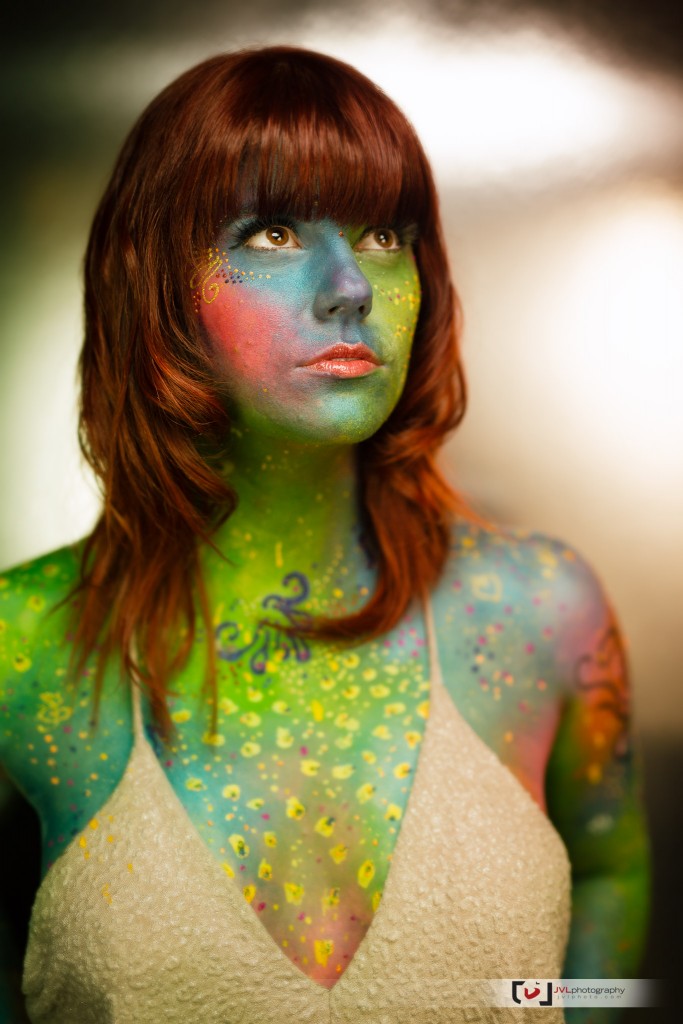 To wrap up the speedlight portion of our shoot, we took away the background and up-lights leaving just the RapidBox Duo at minimum power. I stopped down the new Sigma 50mm f/1.4 Art to f/1.6 and used a variable neutral density filter to further cut out the ambient light. Two reflectors were used just out of frame at left and right creating specular highlights on the silver card-stock we used in the background. A slightly different look achieved through subtraction.
I’m very excited about further possibilities with the Rapid Box duo, including taking advantage of High-Speed Sync outdoors. Look for a video tutorial of this in the future.