Matt Hernandez began his career as an award-winning graphic artist in his home state of Kentucky. After discovering a passion for photography, Matt combined his experience in design with his appreciate of sports to create an amazing portfolio of cinematic and precise sports images that stand out. Now one of the country’s premier sports photographers, Matt has built a signature style of lighting that turns a standard team photo into an eye-catching image.

During a recent shoot for a McKracken County High School Football, Matt experimented with the new Solix LED light to demonstrate how portable constant lighting is a dream for creating cinematic sports photography. Shooting in an extremely dark and tight locker room, Matt used some unique techniques to create texture and dimension. The Solix was key in creating the drama he was looking for.

During his first setup, Matt used a Solix as a key light. This Solix’s powerful daylight output was directed precisely onto his subject (and not onto the background) with a stripbank and an egg-crate grid. Featuring a rotatable speedring with 8 standard rod receptacles, the Solix can be modified with virtually any professional softbox, stripbank, or octabank. 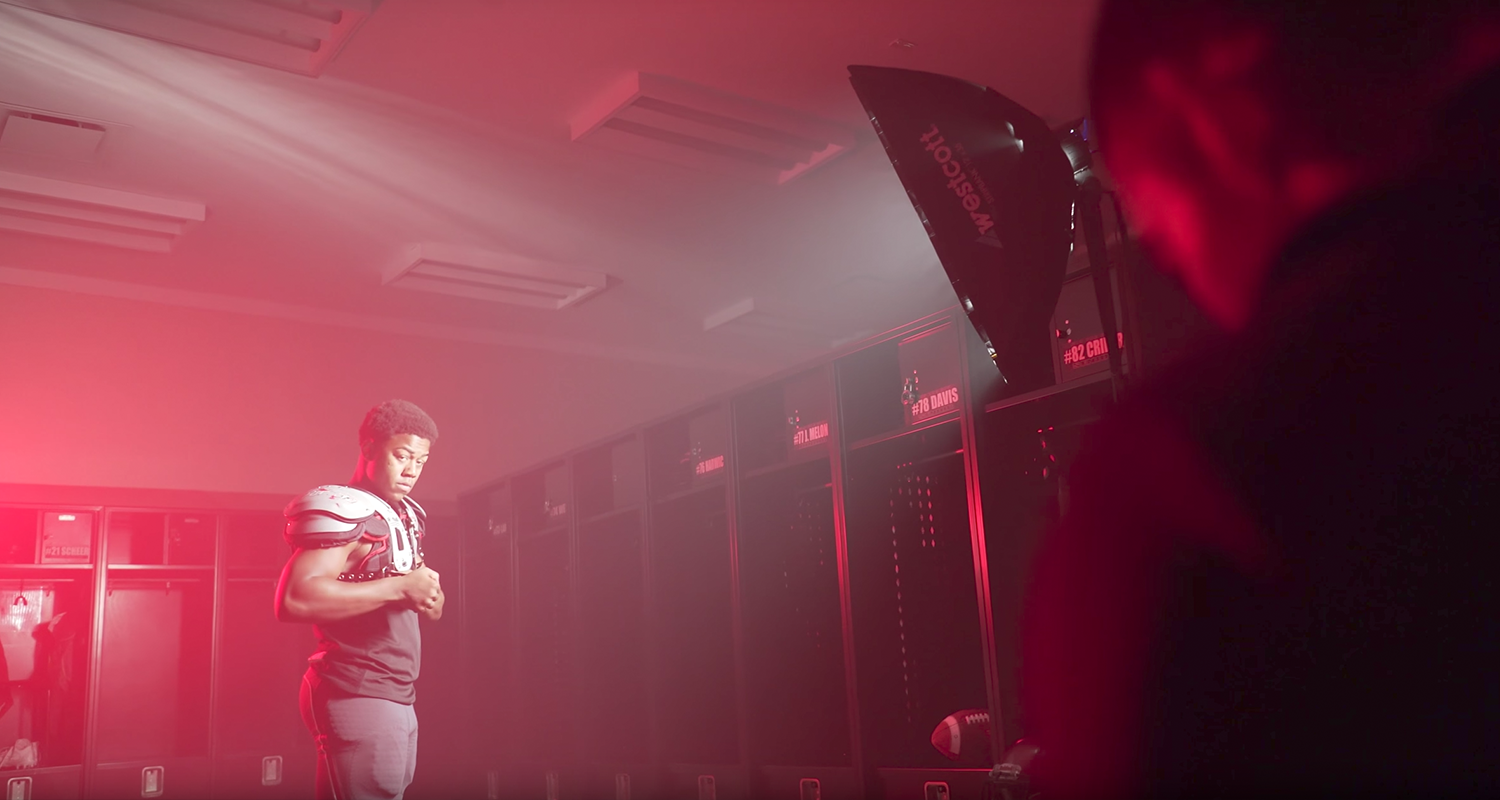 Matt placed a Solix behind his subject as a rim light for added dimension. This light is cleverly gelled to match McKracken County High School’s red team color and is placed low enough to also eliminate the smoke coming from Matt’s fog machine. LEDs are fantastic tools when working with gels due to the fact that they emit very little heat. Gels can be clamped or gaff-taped directly the front of the Solix. 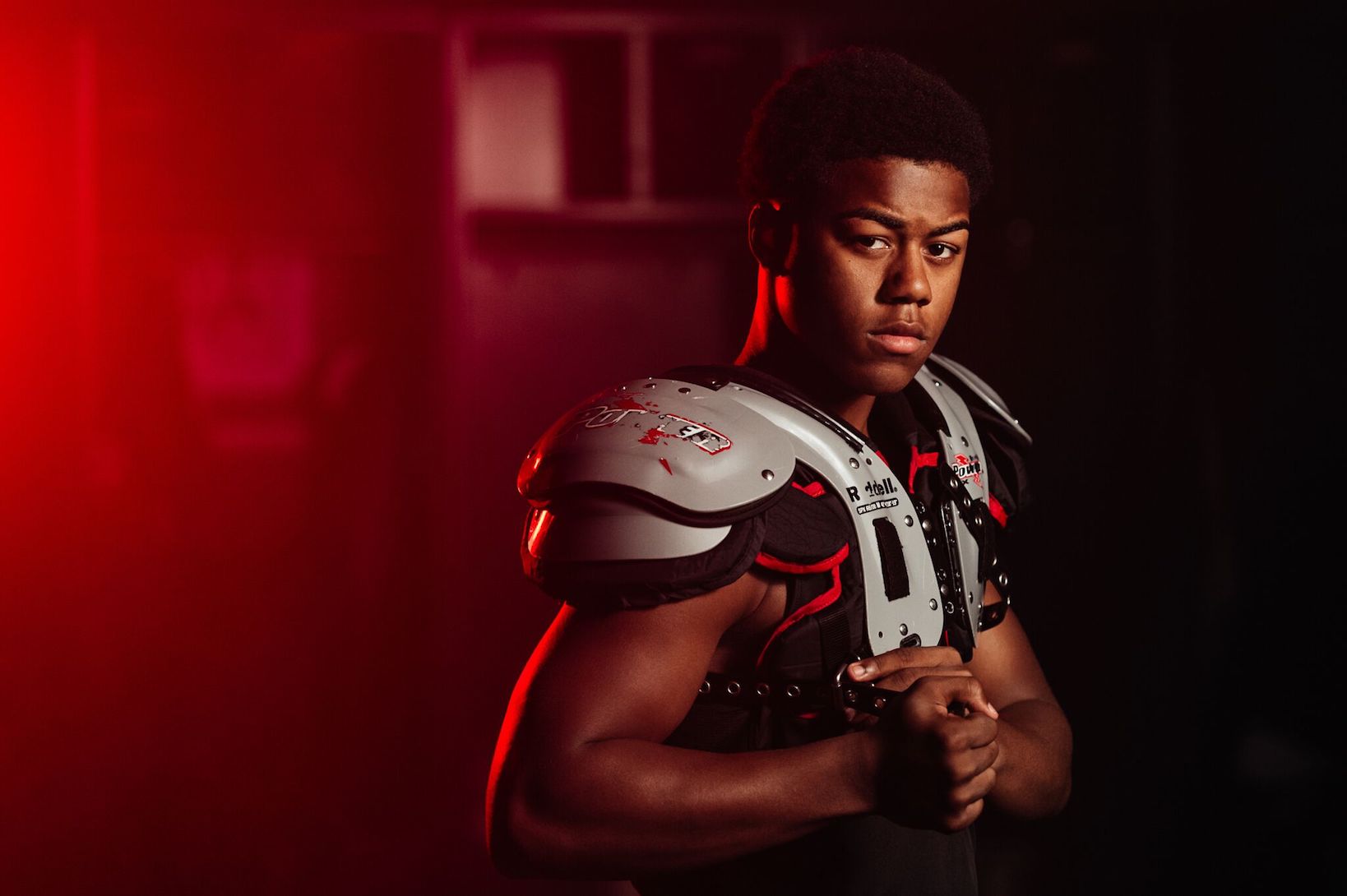 During his second setup, Matt uses the same Solix and strip as a key light again. Matt brings the gelled Solix forward to act as more of an environmental light than a rim light, as it was previously used. He then brings in a third Solix, with its magnetic barndoors, and hangs it inside the locker behind his subject as a rim light. 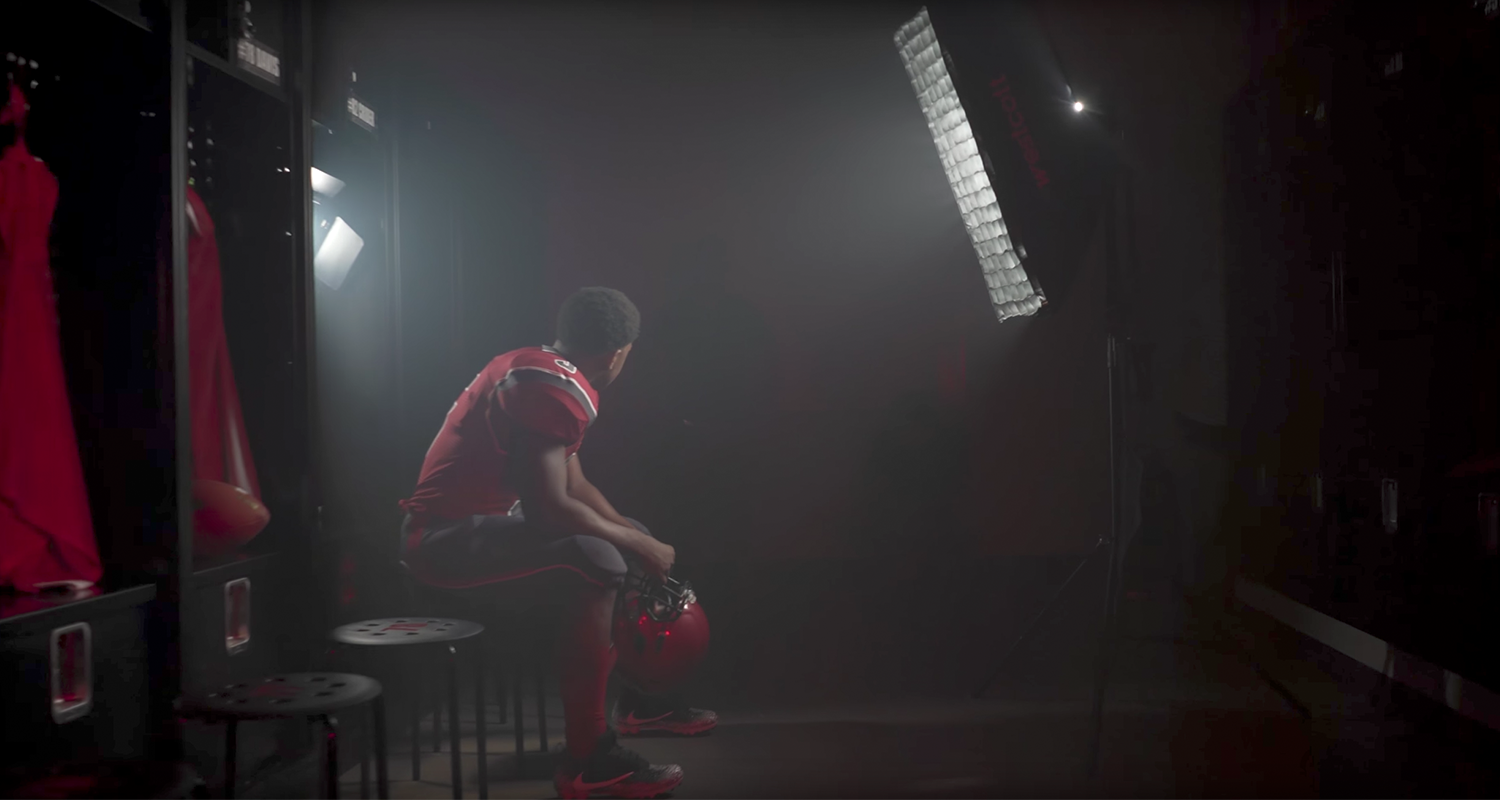 Weighing a mere 3.3 lbs, the Solix is remarkably compact. Unlike most hard monolights, the Solix can be placed in tiny spaces like this without needing special support.

All 3 lights used throughout the shoot were operated with a d-tap battery. Due to the minimal power draw of LEDs, Solix can operate for hours at full power off of a single portable battery. This is a mandatory feature for Matt, as his photography often incorporates environmental elements that require him to shoot on location. 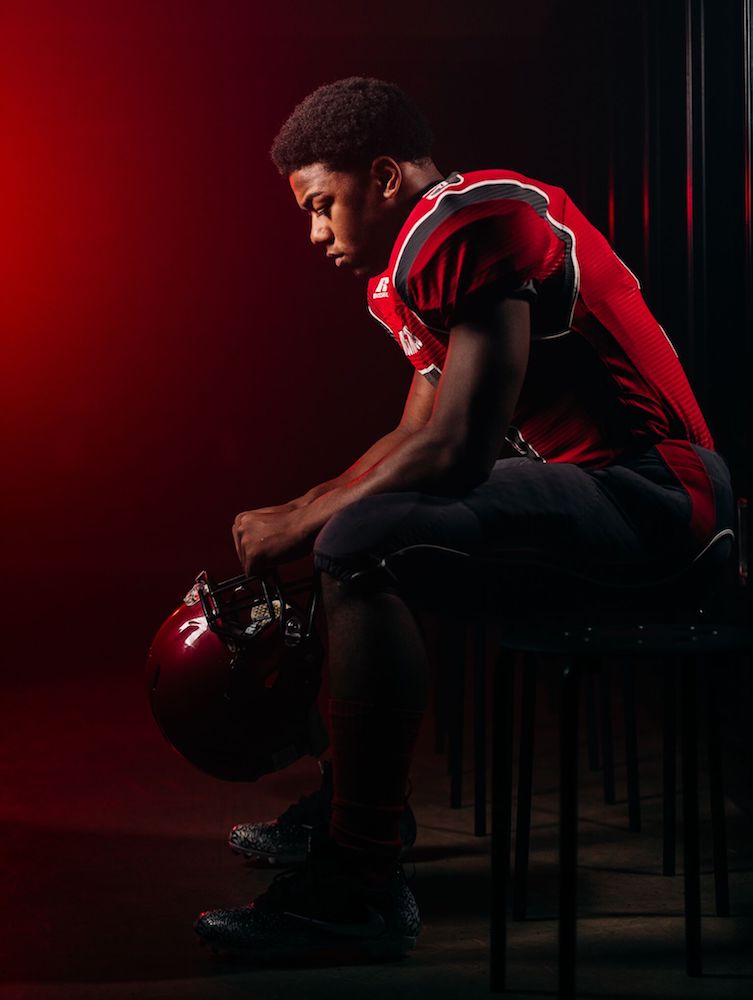 As you can see, Matt’s final images are cinematic and well thought out, in a style that stands out from other sports portraits.