Top Pro Photographer, Ashley Boring has an incredible eye for stylizing portraits. In this tutorial, she creates two very unique portraits by changing only the white balance on her camera. White balance plays an important role in photography and has the ability to dramatically change the look and mood of an image.

Using the exact same lighting for both setups, the first look depicts an early morning “golden hour” lighting scene. The second portrait has a darker, more dramatic appearance like it was lit by moonlight. 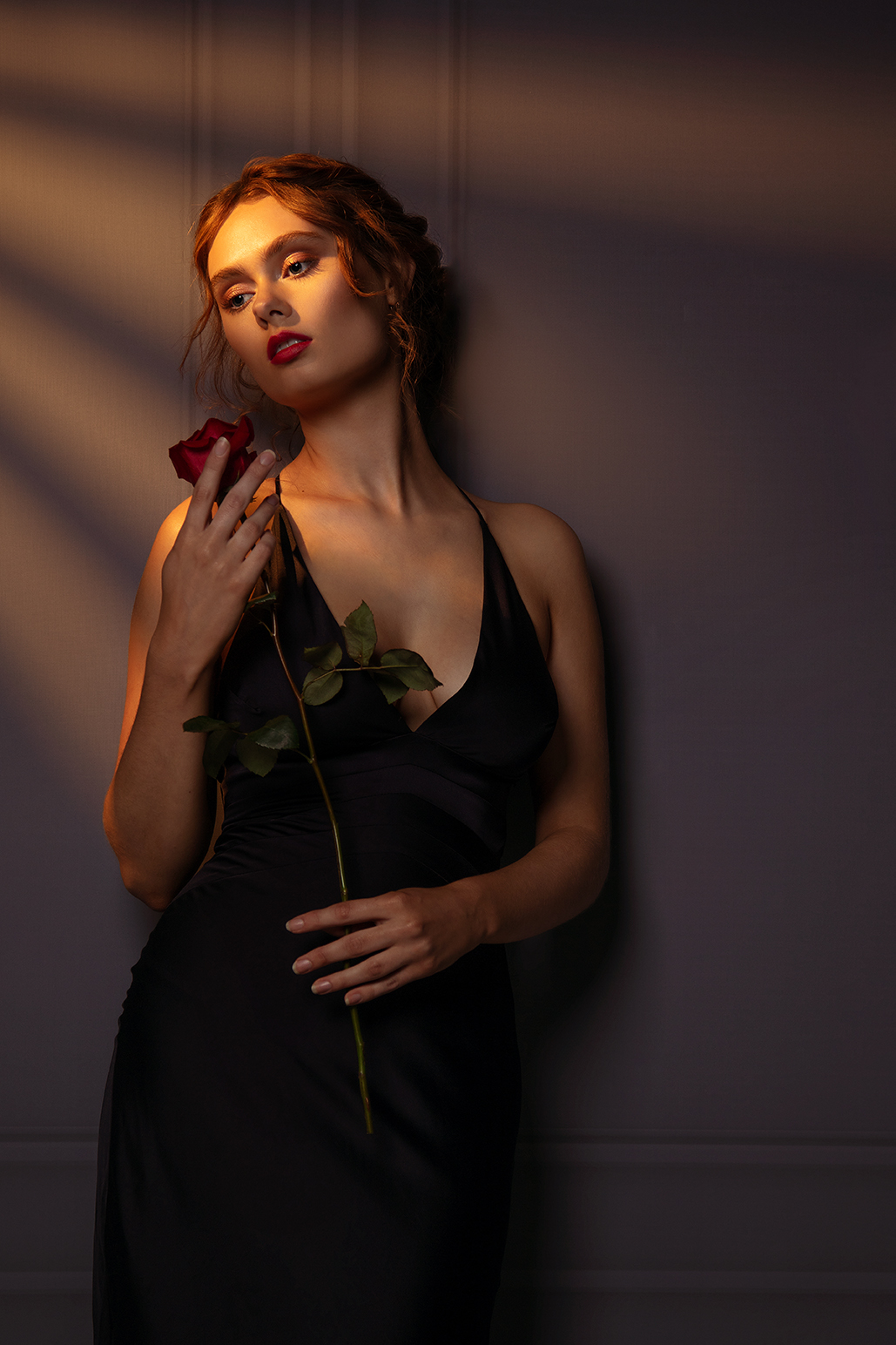 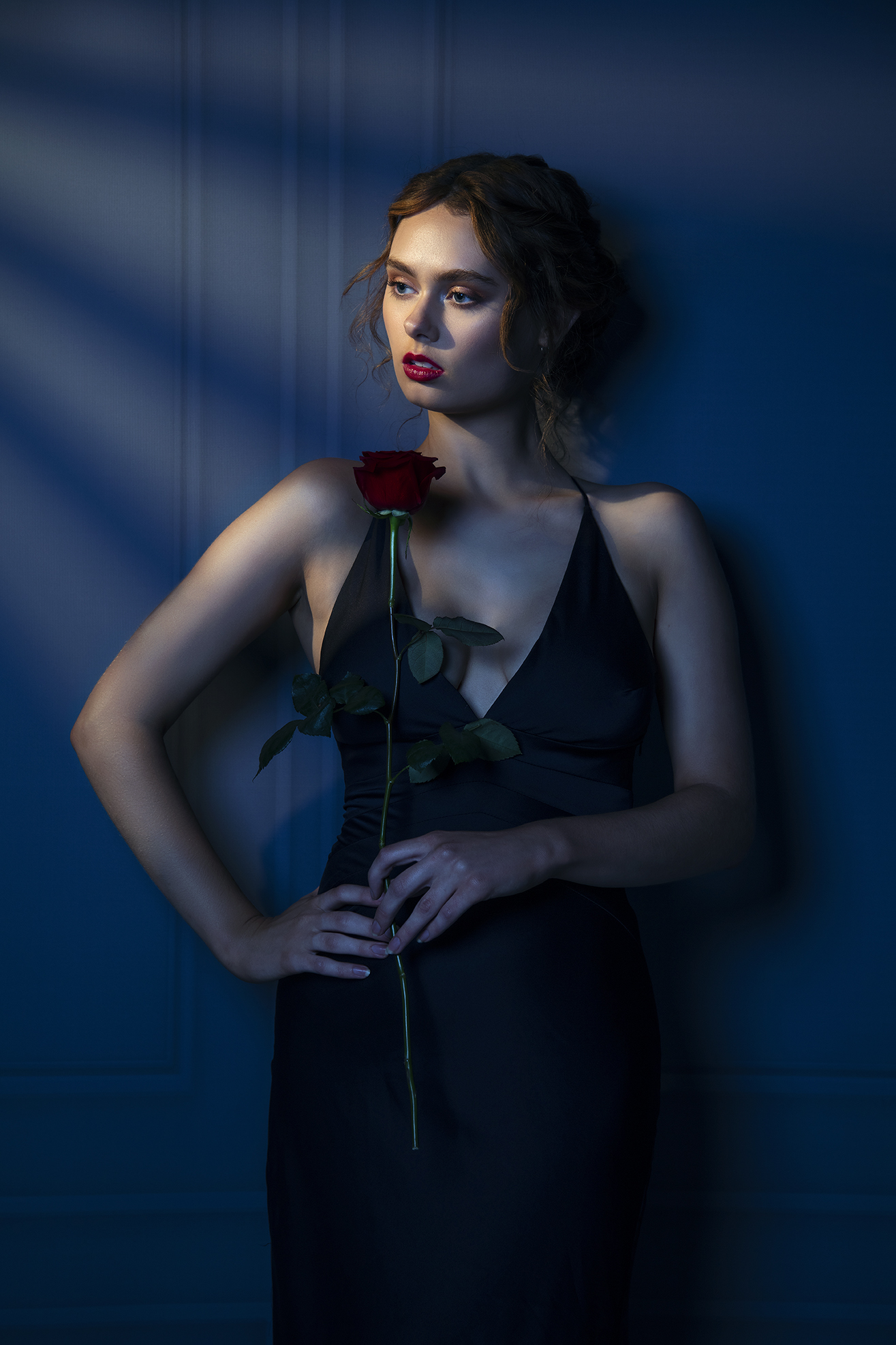 Going into this shoot, Ashley envisions her model in a dark room and facing towards the lighting, like she is looking out a window with early morning sunlight coming through it. To set the scene, she uses a Westcott 5’ x 7’ Dark Wall Molding Backdrop printed on a lightweight canvas material and mounted to an X-Drop Backdrop Stand. This gives the feel of the model being inside of a house instead of a studio.

Ashley then brings in her main light, an FJ400 400 watt/second strobe modified with an Optical Spot by Lindsay Adler. The Optical Spot is a unique modifier that can control light in a variety of ways to make endless creative patterns on a subject or scene. She decides to use a 50mm lens on the Optical Spot instead of the 150mm that’s included with it, in order to get a larger pattern of light while still having the light close to her subject. To produce a streak-like look with the light casting across the background and her model, Ashley places the light as far to the side as possible, with it almost in line with the backdrop.

After testing her shots with a few different gobos, she chooses the Ray pattern to mimic the look of light rays through an open window. Next, Ashley defocuses the lens on the optical spot to soften the light ray pattern. She also adds a Full Stop CTO (Color Temperature Orange) Gel to the front of the optical spot to mimic the lighting at golden hour.

After she has her main light set up, Ashley adds a second FJ400 strobe modified with a Rapid Box Octa-M for fill light. She places it to the left of her subject and experiments with the amount of light output she wants on her model. After capturing a couple test shots at varying light output, it’s clear there is a dramatic change in how the images look. The one with more fill light shows more of the interior background, making it look like her model is in a well lit room. In the lower light output shot, the rays of light are more dramatic. How much fill light to include all comes down to your personal preference and how you want the photo to look. For this instance, Ashley decides to go in the middle of these two. She feels this is just enough fill light that you can still make out details in the background and in the shadows, yet dark enough that the light rays still feel dramatic.

To help create the illusion of her model leaning against a wall, she instructs her model to stand as close to the backdrop as possible without touching it. She also turns on the modeling lamp for the strobe with the Optical Spot to see how the light falls on her model’s face.

Throughout the duration of the shoot, Ashley maintains her camera settings at 5500 Kelvin. Since she shoots in RAW Format, she can easily change the white balance in post processing to change the mood of the image.

Capturing different shots using the exact same lighting setup and changing only your white balance is a quick way to create two unique looks. Ashley recommends shooting in RAW format to give you more options and control over in post-production. You can also do this in-camera as you’re shooting by simply changing your white balance from 5500K daylight to 2800K tungsten. These adjustments are a perfect way to produce a creative montage of shots in one setting.

Throughout the duration of the shoot, Ashley maintains her camera settings at 5500 Kelvin. Since she shoots in RAW Format, she can easily change the white balance in post processing to change the mood of the image. 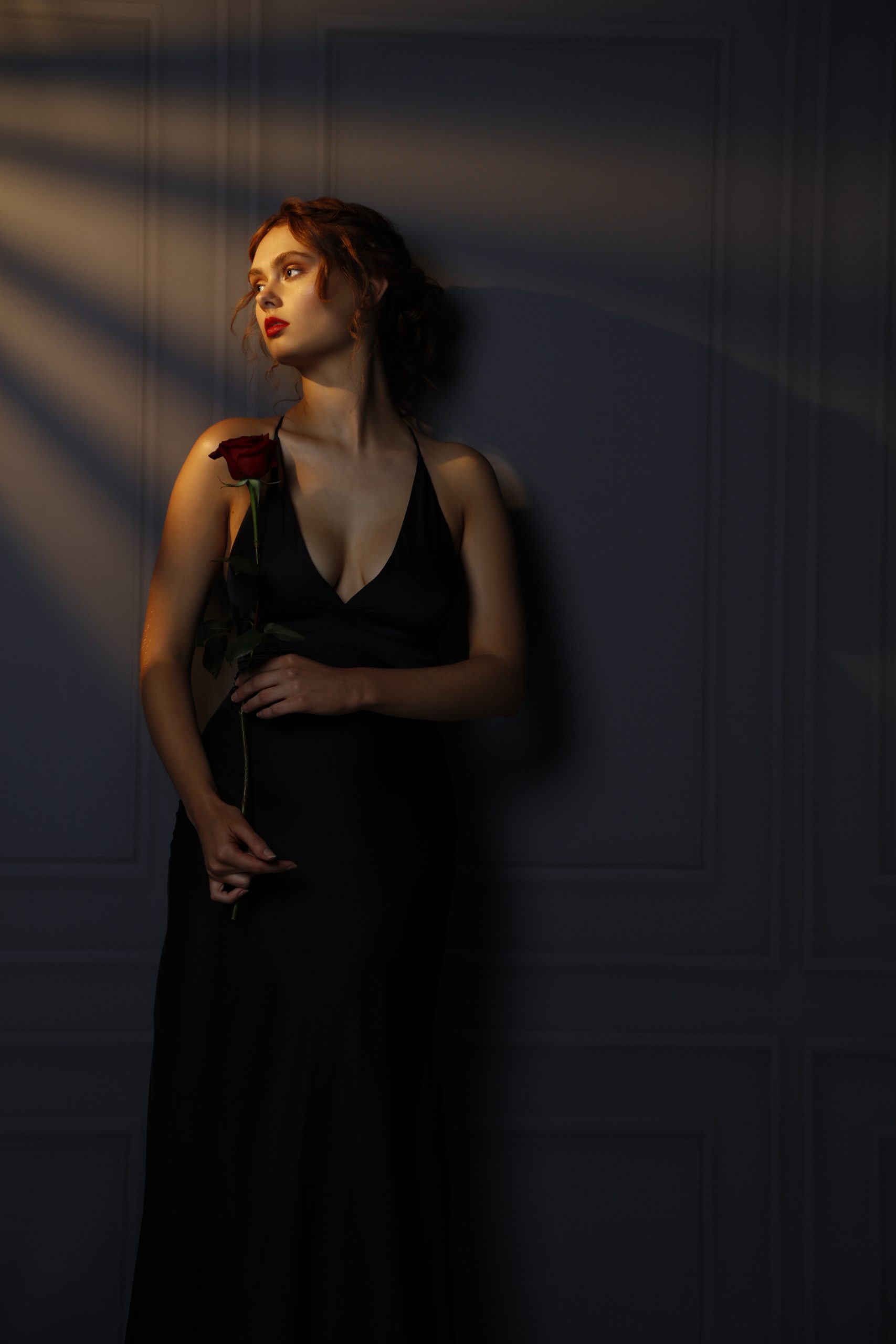 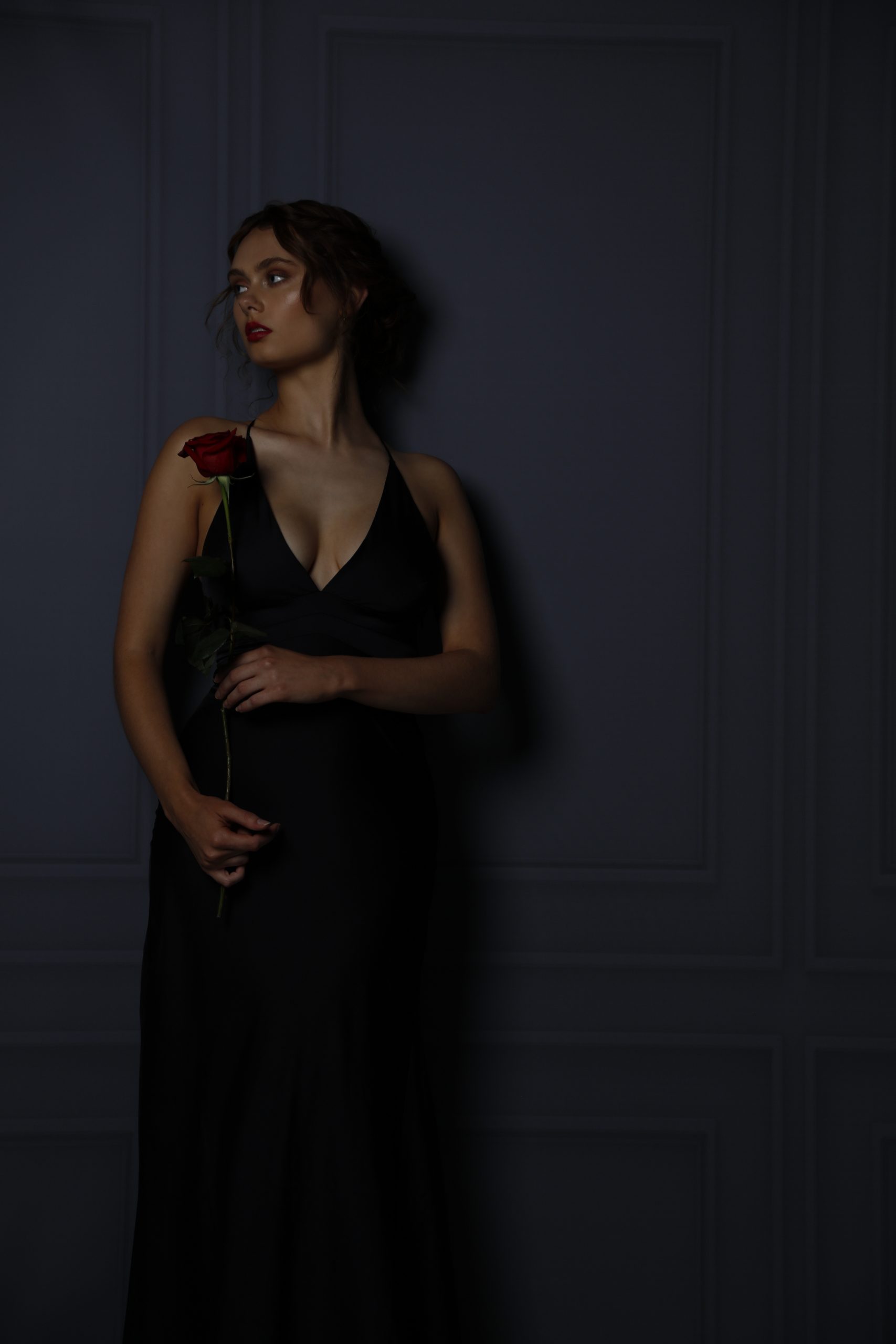 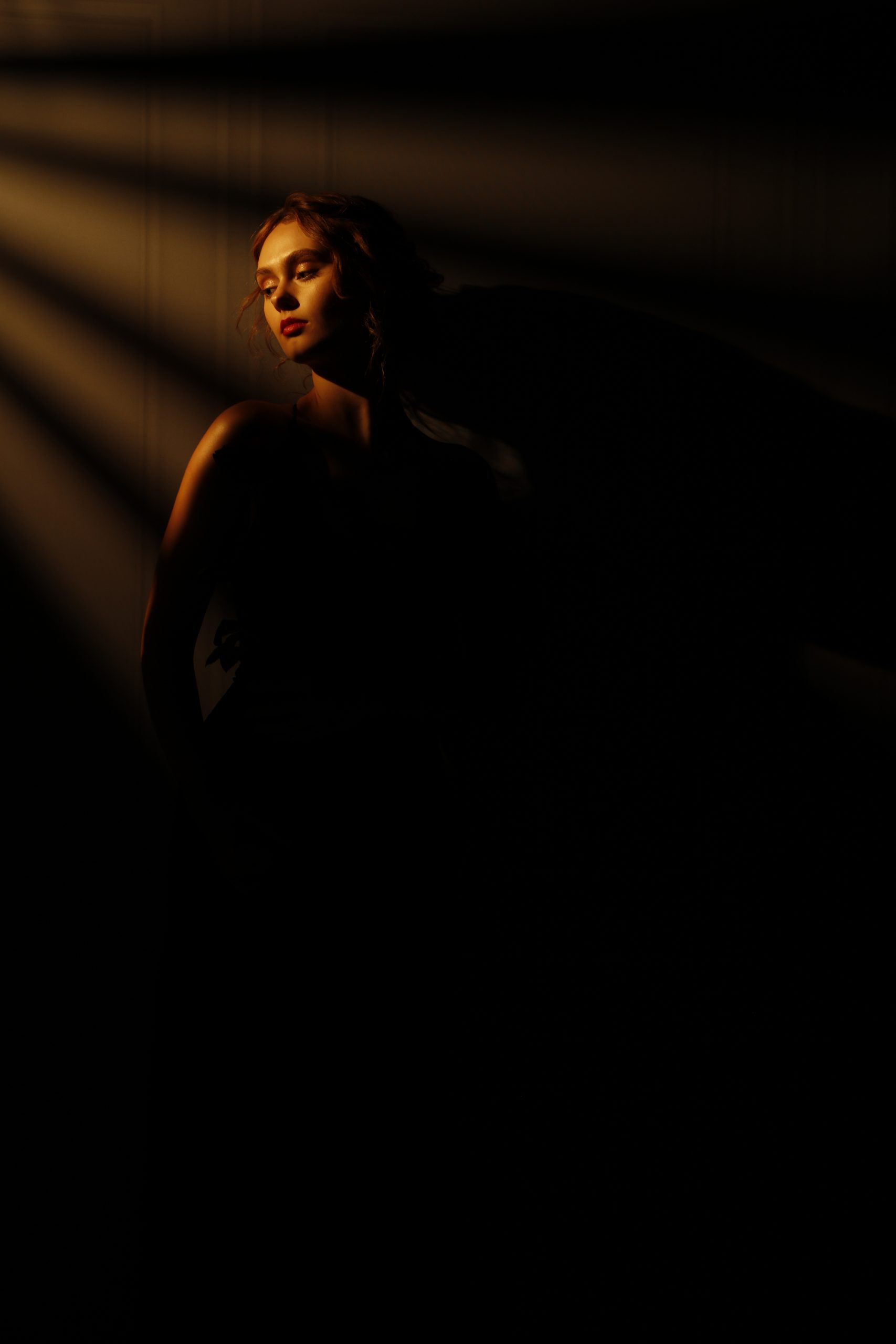 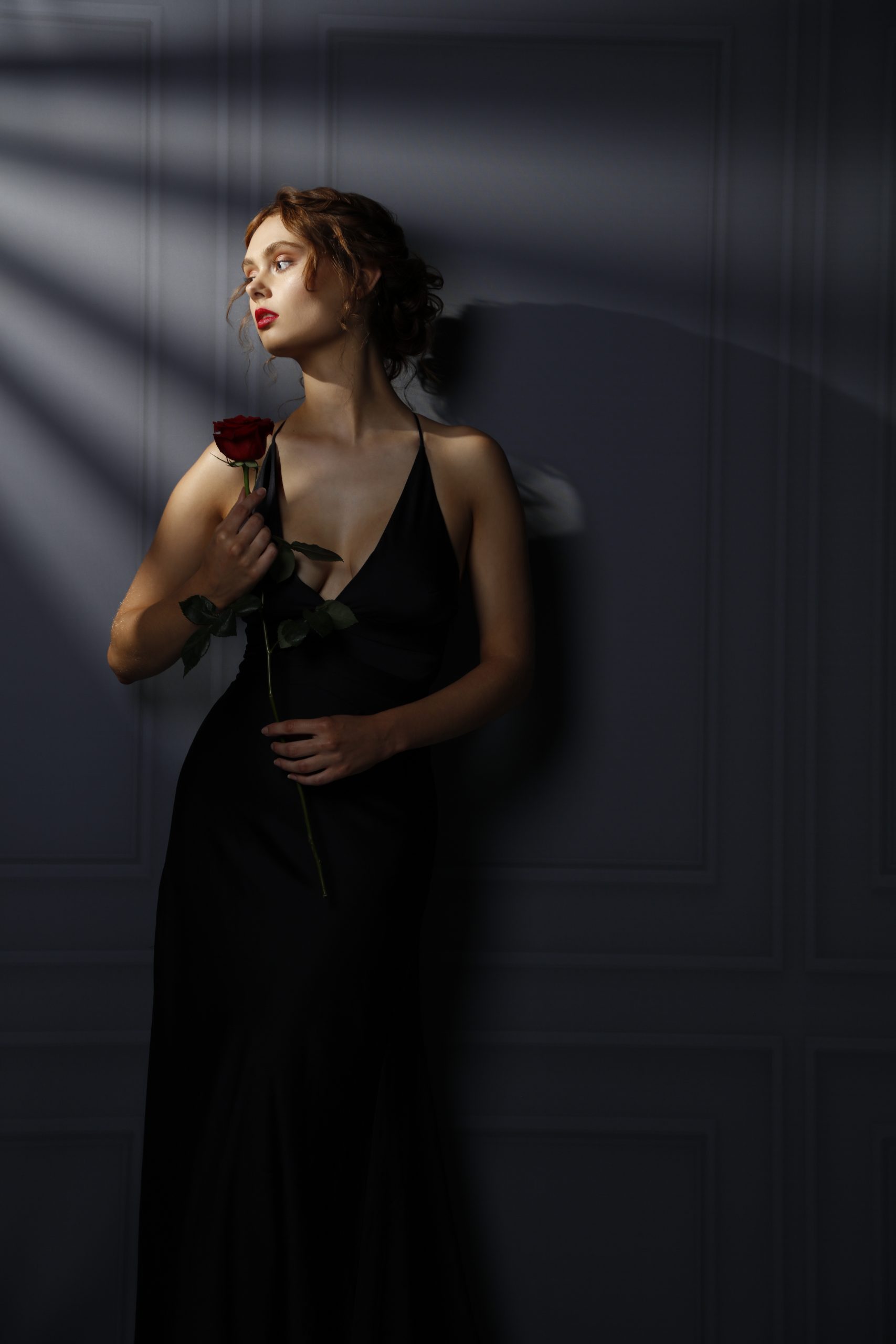 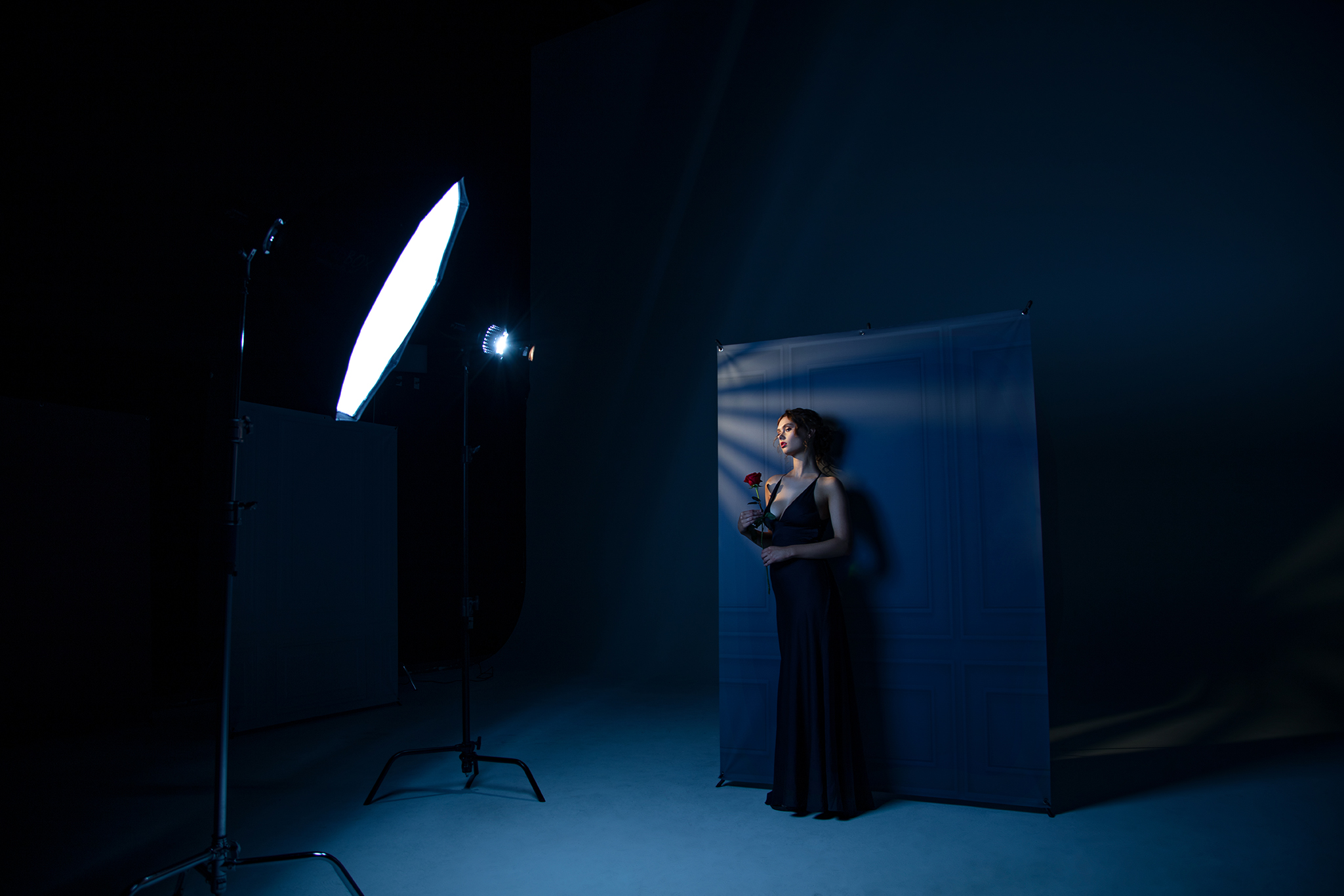 Behind the scenes using the Optical Spot, FJ400, Octa-M and Dark Molding Background