This article is courtesy of celebrity and music photographer Drew Gurian. 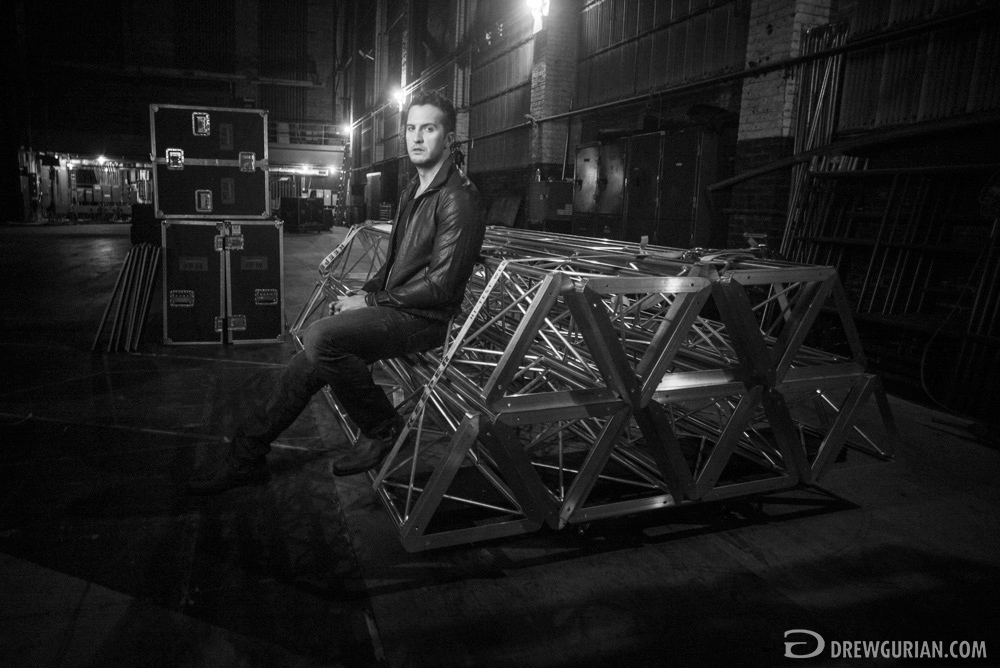 Rolling Stone just asked me to photograph country star, Luke Bryan, for the new issue of the magazine (with Justin Beiber on the cover). The shoot involved three scenarios- the first of which was to spend some time with Luke crafting a couple of backstage portraits, the second was to shoot the pre-show meet-and-greet, and finally, to shoot the live show. The general idea of the feature, as I understand it, was to introduce Luke to the Rolling Stone crowd, and show just how huge country music is (Luke is making the transition from arenas to stadiums, as we speak).

Initially, I was told that Luke’s management/publicists had set aside 30 minutes for our portrait session– which is impressive, and generally unheard of in my World.  Five minutes (or less) is more typical of what any major musician or celebrity gives the photographer. With that said, I was certain I wouldn’t get that full 30 minutes, and was hoping for 15, at best.

After being escorted around the venue, meeting with management, and scouting out a few locations, I got approval for three of the four I wanted to shoot.  Keep in mind that when I arrived, his manager pointed to one single dark room, asked if I bought flashes with me, and said I should shoot my portrait there.

As photographers on assignment, we often need to stand our ground (politely and professionally, of course), and push to make happen what needs to happen. To turn around one single portrait scenario in a mediocre room doesn’t always fly, nor necessarily make for a happy client. After explaining that I needed a bit more than that and showing them a couple of options, I quickly got his team on board with the idea, and they were happy to accommodate.

After getting approvals for each location, I had about twenty minutes to setup before Luke was going to arrive.  I had no assistant (though David, the writer from Rolling Stone, did a damn good job!), and knew I had to work fast to be completely set up by the time Luke walked in. Someone with a schedule as tight as his simply isn’t going to wait around while the photographer sets up, and you can’t blame them.

The first two locations were about fifteen feet apart, and I was able to set up and test each of those with one of the lighting guys on Luke’s crew… 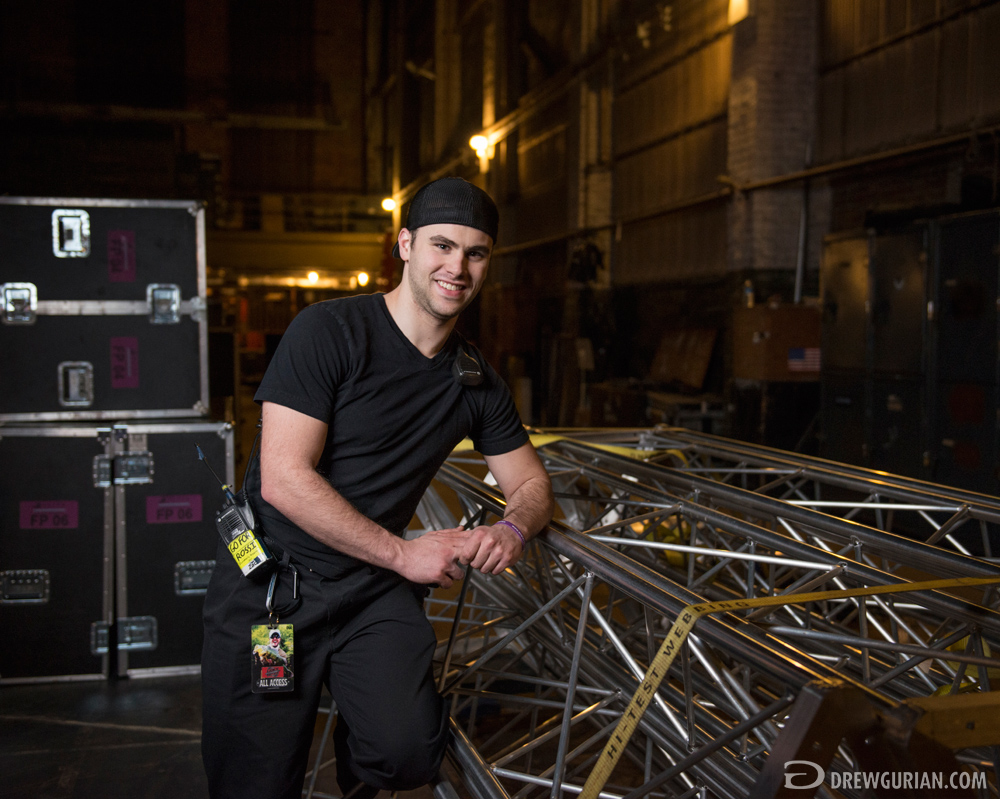 I knew what door Luke would be walking in, and made the first setup the one closest to that door.  Sounds simple, but if all he has to do is walk in a straight line from one setup to the next, I just might be buying myself a few more minutes of his time.

When Luke arrived with his crew (manager, publicist, hair, stylist, makeup, etc.), we shook hands and chatted for a few, I told him where to sit, and started firing away. He’s a total pro, has obviously done this more times than any of us can count, and my job is exponentially at this point because of this. 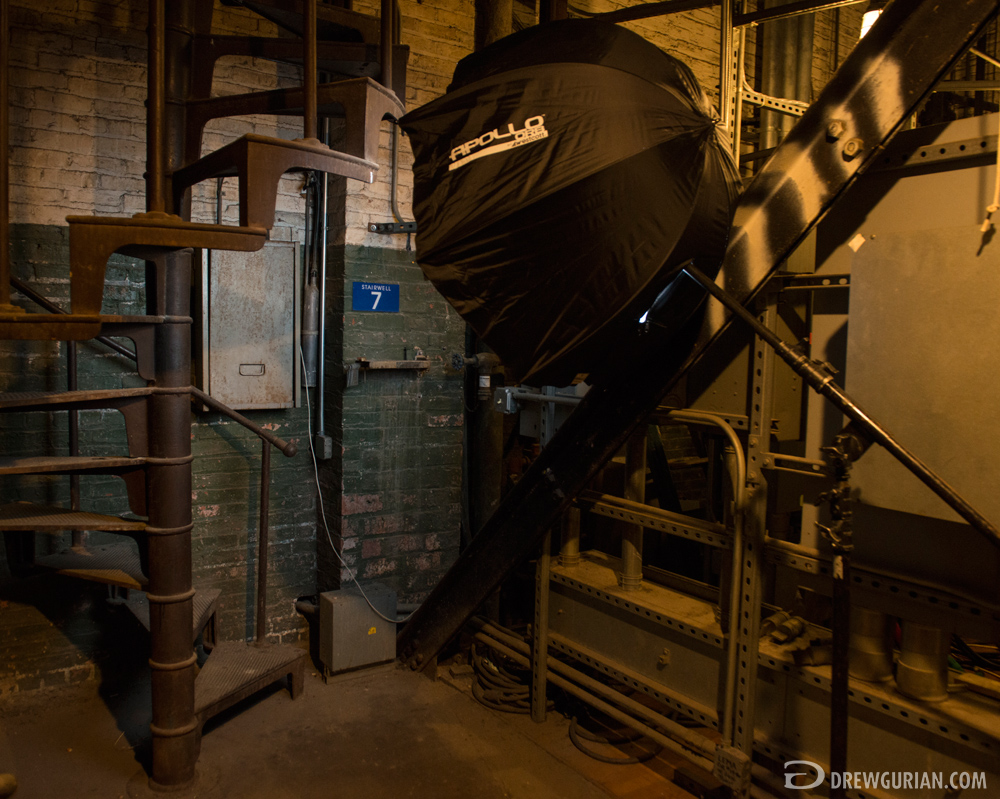 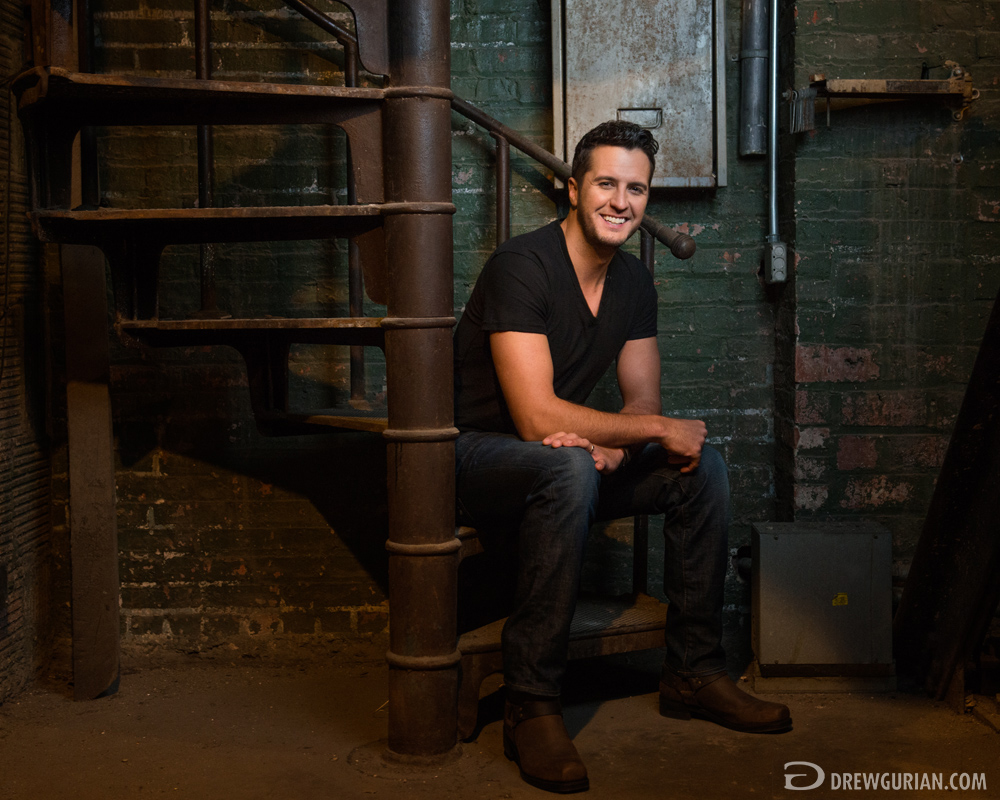 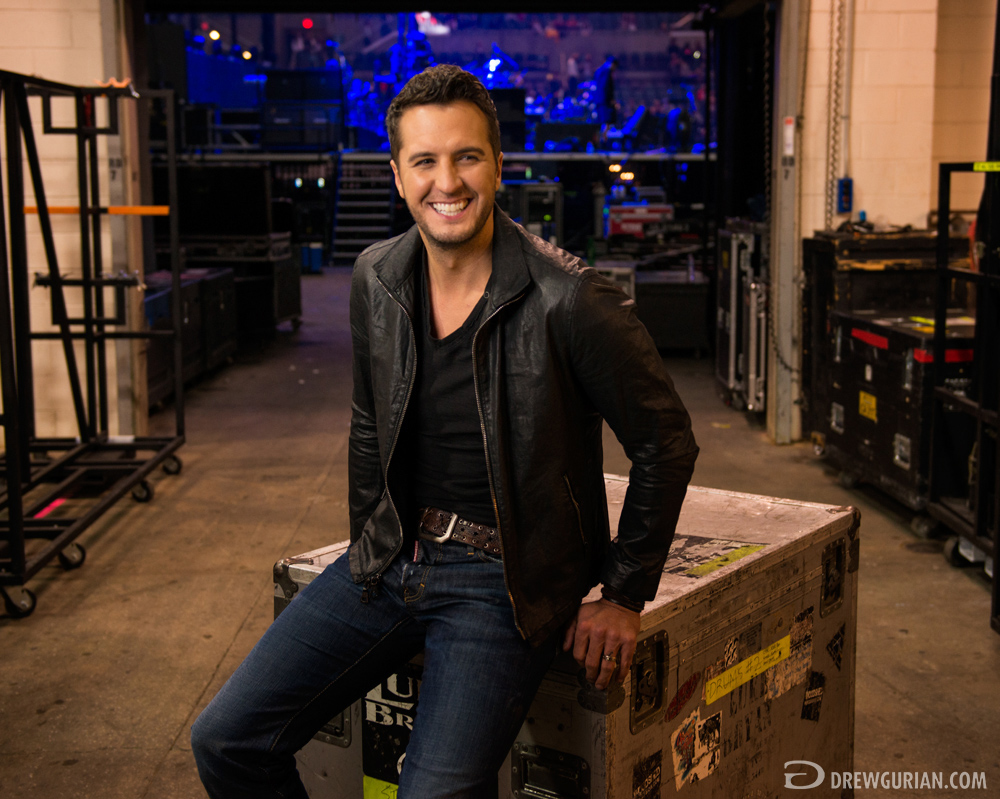 He was incredibly gracious and easy to work with, but I knew my time was limited, so I kept it as short and sweet as possible. In twelve minutes I shot three portrait setups, each with their own feel, and as soon I felt like I nailed the third one, I wrapped the shoot.

It’s a constant balance of timing in a situation like this, and I’m surprised and very happy I had as long as I did to make a couple of frames.

I knew I had to be able to work quickly, and be extremely mobile– making this a perfect small flash job. This was my first time using this softbox, and I was incredibly impressed by the speed of setup and quality of light. I wanted to make this as soft and creamy as possible, so reversed my flash heads to turn the softbox into an indirect light source, allowing the light to spread and soften before reaching my subject. 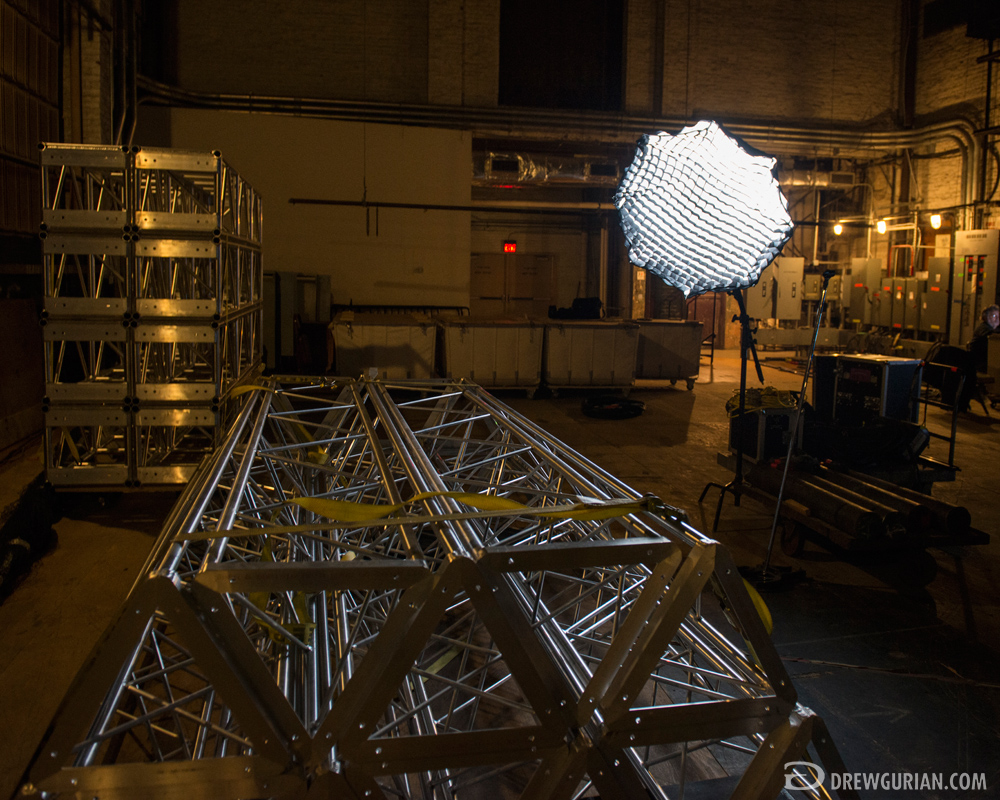 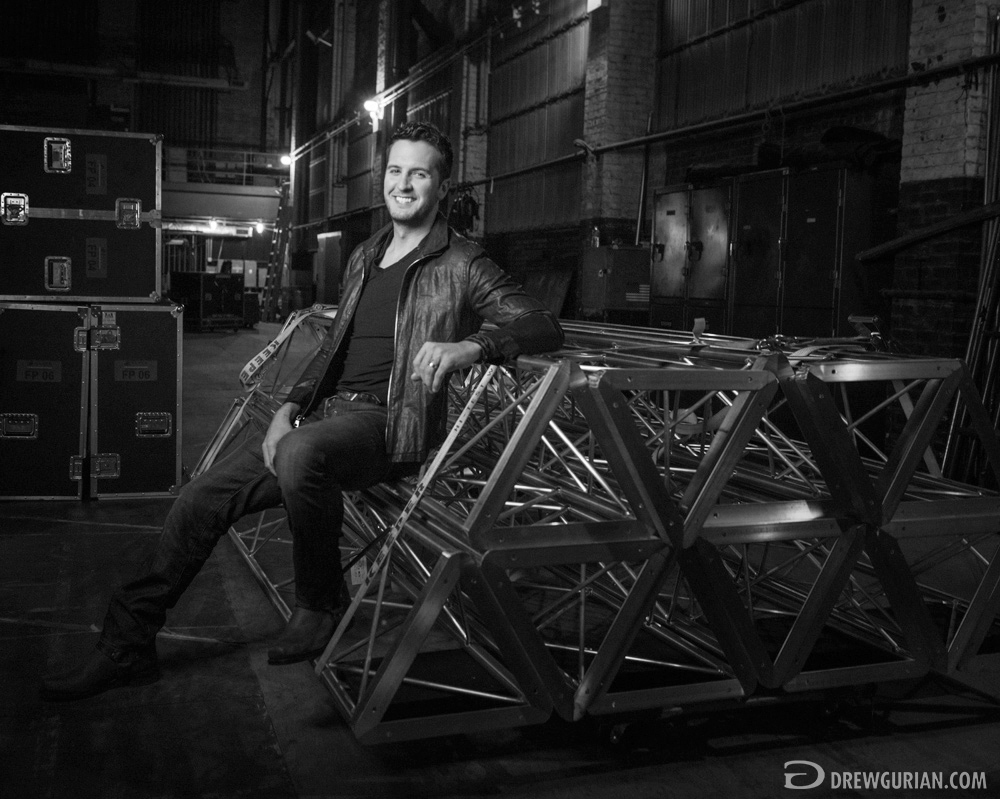 Though the flashes ended up being used at very low power (1/64th), and I could have gotten away with one, I don’t want to put all my trust in a single flash using four AA batteries…plus, SB900’s love to overheat and stop working whenever they feel like it. Using two or three not only breaks up the power load, but ensures dependability, and makes for almost non-existent recycle times- especially at such a low power. 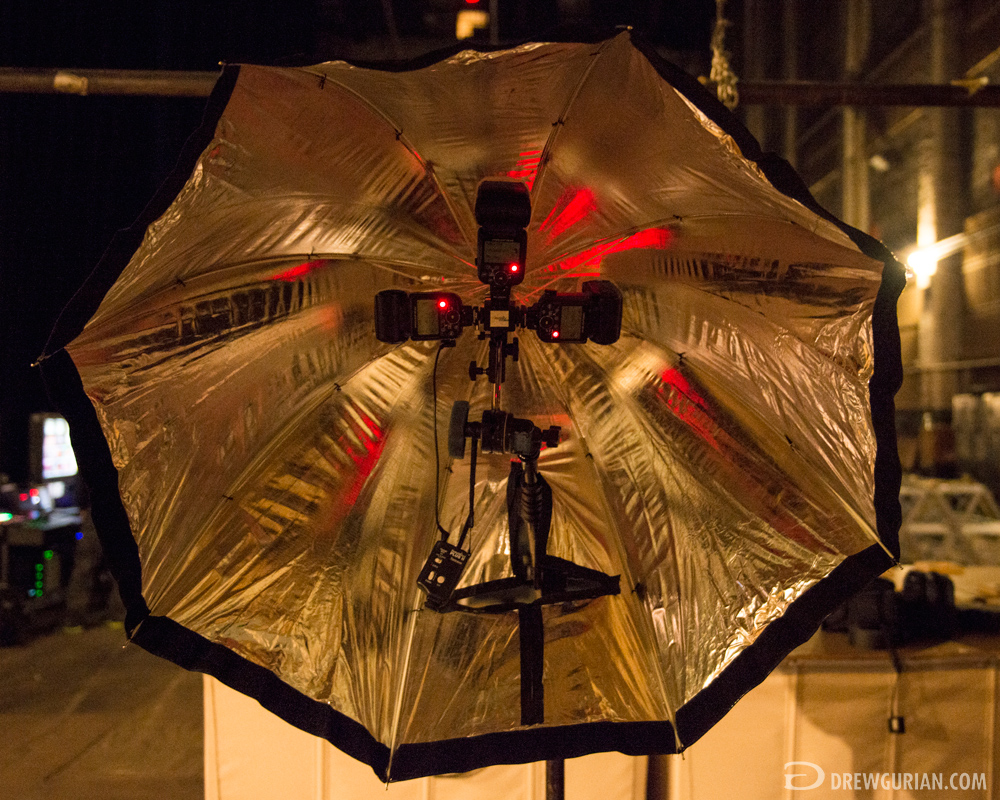 To see more of Drew’s photography and lighting set-ups, please visit his website at drewgurian.com